It’s almost time for a new year. Do you have any resolutions for 2021?

I don’t do resolutions, but I like to do dry January. And since I have given up drinking entirely, I think I’m going to make this January an added-sugar-free one.

Not so much resolutions as goals — I’ve lost about 50 lbs since March, and I want to lose another 50 more by year end 2021. I’ve gotten into running, so I want to keep that up and see if I can better my current 33-34 minute 5k. I also want to reconnect with friends and family that I had sort of taken for granted (it’s not all my fault we lost touch) – the pandemic has shown me that you never can take for granted when you’ll get to see people again – I’ve lost 2-3 friends to illness/COVID that I hadn’t seen in 3+ years.

Finally, it’s going to be a pretty tough year as far as my transition goes, with never ending paperwork for name changes, dealing with my parents, working on changing my voice, finishing off facial hair removal, plus all the mental stress of potentially rejoining a normal society. So my goals with that are both to face the challenges head on and to remain open and public about it to hopefully support others.

Mine are moreso goals as well.

I know a person who flew to Chicago to go to a place that would remove all their testosterone-induced body hair in one day. (Or maybe it was a couple days all together, I’m not sure.)

They looked like they had a sunburn from hell, with inflammation everywhere, when they returned. It worked, though.

The amount of pain that involves is well beyond my threshold.

I did 11 sessions of laser to get rid of enough hairs that I should only have to endure 10% of the normal electrolysis time.

Right before midnight last night, my arms broke out in some scary painful hives. This has never happened to me before. I thought I suddenly had a flesh eating virus and was gonna die. Then it calmed down. Anyway, I resolve to buy benadryl or something today for mystery allergic reactions to stuff that might happen to me in the future. Still no clue what caused that.

I get hives periodically for no apparent reason. I can often get them back under control via a combo of zyrtec, benadryl, and famotidine. Sometimes even that doesn’t work and I need to go to the doctor. Wish I knew how to prevent them.

famotidine??? why that? that’s the one drug i actually DO have in my apartment. i use it for reflux. i stopped taking it recently though.it helps for hives for no apparent reason?

i’m also surprised that zyrtec would help. according to the internets - " Zyrtec (cetirizine) is an antihistamine that reduces the effects of natural chemical histamine in the body. Histamine can produce symptoms of sneezing, itching, watery eyes, and runny nose."

i have old expired claritin in my apartment. seems similar to zyrtec, but i didn’t think it would help this, thus didn’t take it.

it did calm down on it’s own after a brief time and icing it, so it didn’t seem like i necessarily needed any of these things. it was just bizarre. welts were just appearing on my arms for no damn reason!

famotidine is a histamine 2 blocker. It’s primarily used to control stomach acid, but it has other antihistamine effects.

Antihistamines help against hives. I had doctors suggest this combo after some severe outbreaks. 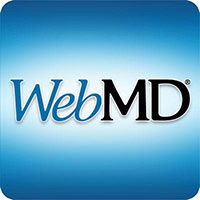 Do You Know How to Treat Chronic Hives?

If your hives won’t go away, what can you do to get rid of them? Try this.

My New Year’s Resolution is 1600 x 900 (Recommended). I should really get a bigger monitor.

Since most if not all of my resolutions fail, my New Year’s resolutions for 2022 include gaining weight and being more miserable.

My new years resolution is to quarantine and hope i don’t infect my family.

I’ve decided to stop trying to be the best version of myself and settle for second-best.