I have slowly been replacing all of my light bulbs with “Sengled” wifi enabled bulbs that I purchased from Amazon with random gift cards my company gives me.

They come in many shapes and sizes, and can have different color settings in addition to dimming capabilities.

I just say the magic words “Alexa, good night”, and my bedroom lights and gadgets are turned off, my perferred sleepy-time white noise playlist is started, and the alarm system is appropriately set.

We have the same setup, including some other fun routines (lets go to work; done for the day).

The dog used to respond to the “Echo, bedtime” by running up the stairs to bed.
Since the dog passed, we just say all the elements separately, as i cannot bring myself to use that command anymore.

Naw, I already bought the light fixture. Also, I don’t like ceiling fans (something about the motion at the edge of my vision makes me anxious) and the ceiling is too low for one, anyway.

What I really want is the circuit it has, so I can get it installed in the light.

I may go with Hue bulbs, which work with a nice remote. But it annoys me that I need to buy a “bridge” and it needs to talk to my phone. I gather they actually have created security issues.

my only advice is not to buy electronics that work ONLY with a remote control. Once you lose that remote, you are SOL. Lots of new/cheap ceiling fans have remote only control for speed settings.

It looks like it’s possible to use Hue without a hub, although a quick glance suggests you need a phone/tablet connected by Bluetooth to make it work. 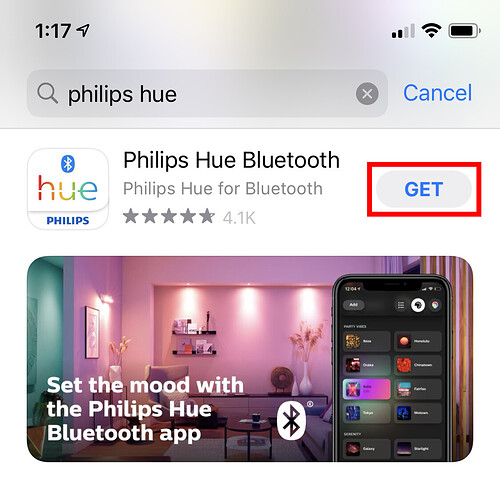 How to Set Up Philips Hue Without a Hue Bridge : HelloTech How

Learn how to set up Philips Hue bulbs without a Hue Bridge and how to connect them to Alexa and Google Home.

If you don’t want to expose your in-use phone to Hue, you probably can make it work with a cheap Android device that you dedicate to that purpose. Personally, I accept the security risk, although I do limit the Hue app permissions on my phone, and I do keep all smart devices (Hue hub, smart plugs, TV, etc.) on their own subnetwork, with a firewall configured to prevent those devices from initiating access to the subnet with the computers and NAS.

The sengled ones i mention work seamlessly with Alexa (can’t remember if you have one) without any other device.

Or you can run them directly from your phone using Sengled’s own app.

My husband gave me an Alexa, but she kinda creeped my out, so I unplugged her. We never got far enough for her to do anything more useful than tell a joke or play a Christmas carol, though.

I do use the google assistant to set timers. And rarely for directions (it’s more accurate to type, though.)

Hmm, I have a couple of old phones lying around. I could probably just configure one of those to do the job. Thanks.

But it doesn’t say anything about talking to the dimmer. I really want the controls to be generally accessible to anyone in the room, not something linked to my phone. I guess I could just set up an old phone as the general device. But phones need to be charged every day, whereas a dedicated dimmer can run 1-10 years on a battery.

Maybe it will talk to the dimmer, too?

I guess my desires must be weird and niche, as they don’t seem to be well-served by the market.

I agree that a regular remote control is light-years better than a dedicated phone. It’ll be more straightforward for guests to use as well.

I guess my desires must be weird and niche, as they don’t seem to be well-served by the market.

They were. 20 years ago. The device you want still exists.

If Walmart is not your thing: 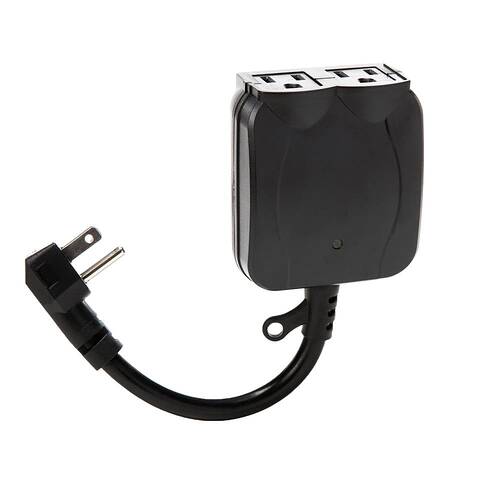 Yes, well, I want to control a ceiling light, not a thing plugged into the wall. Oh, and I want it to include a dimmer, not just on/off. But maybe I can get the electricians to hook something into the line.

Yup. It should be possible to hook something up. Like you, I’d rather not depend on a wi-fi connection. Simple remote control on some common frequency will do.

And, leaving the RC in a “cozy” on the wall near the stairs would be optimal, so as not to walk into a dark room.

And instead of a wireless switch on the wall, use a hand-held remote instead.

My prior home came with a light switch that was dimmable and has a remote. They still exist, but I can’t find a dumb one in a quick search. Something like this installed as the switch for whatever controls the overhead light should work. And you shouldn’t have to use the smart features.