Proof of Election Fraud (in Russia) 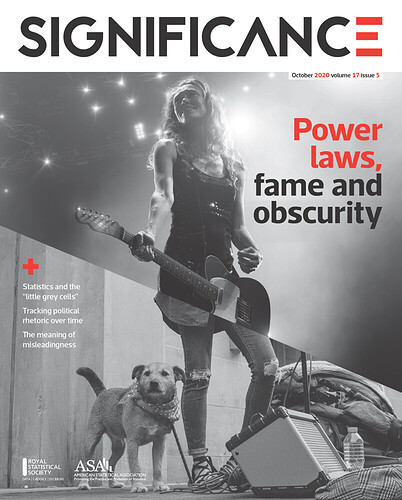 They’ve been researching this stuff for a while. I came across it due to a piece in The Economist: 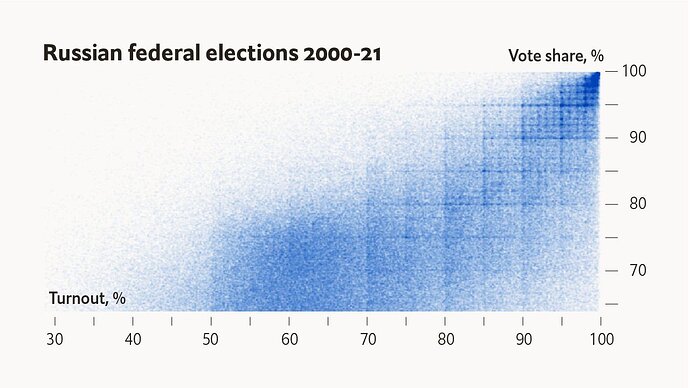 Russian elections once again had a suspiciously neat result

Opponents were jailed and barred. For good measure, the authorities cheated at the polls too

Check out this nifty correlogram: 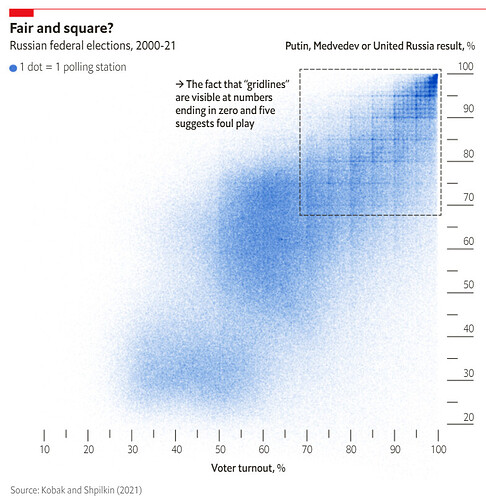 Then this distribution graph: 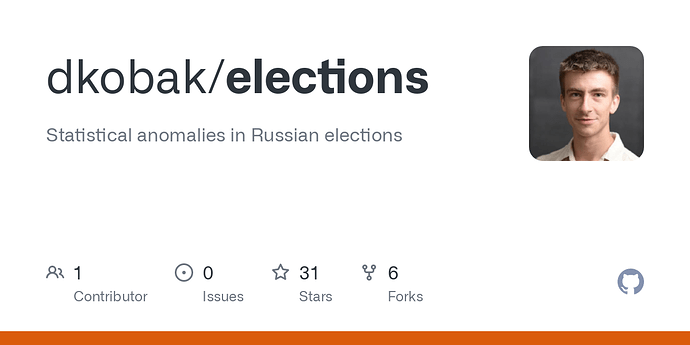 Statistical anomalies in Russian elections. Contribute to dkobak/elections development by creating an account on GitHub.

Now, I could come up with an alternative explanation – namely, laziness on the part of the election officials (just round off ballot counts, I guess). But it sounds like maybe they did have target percentage goals, but that they were spread out like that… no clue. That would take a lot of coordination, I assume. Would like to know where these polling stations are.

Statistical anomalies in Russian elections. Contribute to dkobak/elections development by creating an account on GitHub.

You’re repeating yourself with the thread title once you drop the parentheses.

In Soviet Russia, election frauds you!

Oh, I missed this aspect:

@hippopedoid
Russia just held its legislative election. Normally we would already have mathematical proof of electoral falsifications (via integer peaks). But the election commission must have read our papers and now uses RANDOMLY GENERATED SCRAMBLED styles and fonts to show the data. 🤬

Russian yesterday's constitutional referendum (allowing Putin to stay president until 2036) is *BY FAR* the most falsified federal election in Russia. The amount of polling stations reporting integer percentages is crazy! Just look at these peaks. Data scraped by Sergey Shpilkin. pic.twitter.com/85fbKBUaXt

Now, I could come up with an alternative explanation – namely, laziness on the part of the election officials (just round off ballot counts, I guess).

I didn’t look at the data, but I didn’t get the sense that the ballot counts were rounded, only the %'s.

And I don’t think it requires a lot of coordination, so much as one guy with an excel spreadsheet who is not very good at fudging data.