Use this thread to report outcomes of libel suits by politicians. 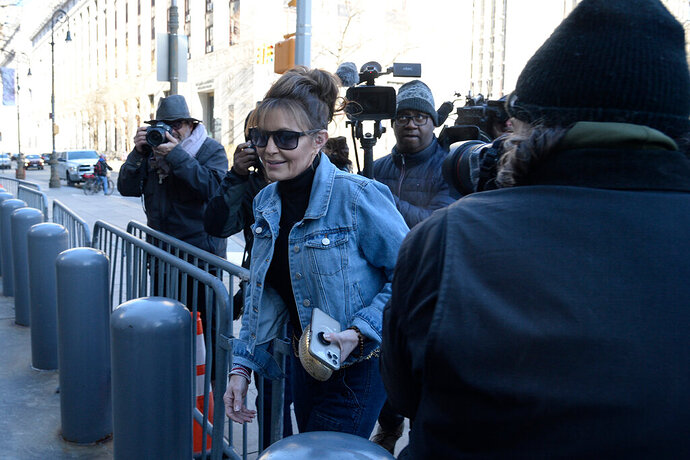 The verdict came a day after the judge said that he planned to dismiss the case, ruling that Ms. Palin’s legal team had failed to prove that the newspaper defamed her.

A jury returned a verdict against Sarah Palin in her libel suit against The New York Times on Tuesday, finding that there was insufficient evidence to prove the newspaper had defamed her in a 2017 editorial that erroneously linked her political rhetoric to a mass shooting.

The decision was the second time this week that Ms. Palin’s case was dealt a significant setback. On Monday, the presiding judge in federal court in Lower Manhattan, Jed S. Rakoff, said that he would dismiss the case if the jury found in her favor.

Ms. Palin is expected to appeal.

Couldn’t happen to a nicer VPILF.

This thread will be an appropriate place to post outcomes of suits claiming Trump was libeled. Do not overwhelm this thread by posting reports of courts finding Trump really won. :crickets:

thank him for me

Couldn’t happen to a nicer VPCILF.

IFYP; she was never VPOTUS. Only a candidate.

IFYP; she was never VPOTUS. Only a candidate.

Amazing updated news on the VPCILF. From Jurors in Sarah Palin's defamation lawsuit against The New York Times say they got notifications on their phones that the case had been dismissed before reaching a verdict 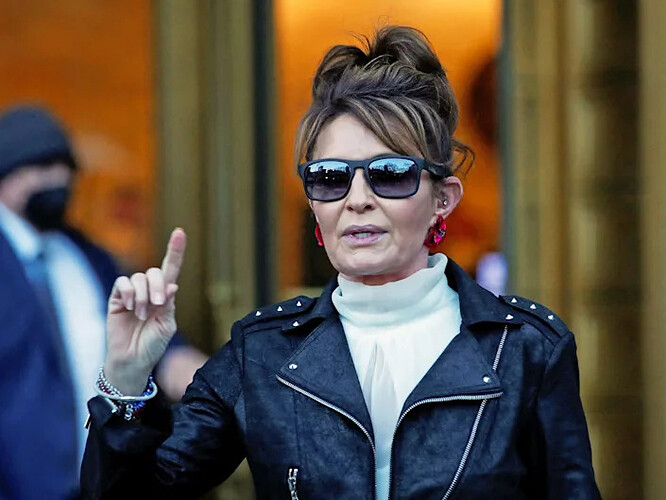 Sarah Palin, 2008 Republican vice presidential candidate and former Alaska governor, speaks to the media as she exits the court during her defamation lawsuit against the New York Times, at the United States Courthouse in the Manhattan borough of New York City, U.S., February 14, 2022.REUTERS/Eduardo Munoz

Jurors in Sarah Palin’s defamation lawsuit against the New York Times revealed to the court’s law clerk that they saw push notifications on their phones alerting them that the case was to be dismissed before they reached their verdict, according to court documents filed on Wednesday.

According to a notice filed to court by US District Judge Jed Rakoff, who oversaw the trial, jurors told the law clerk that the notifications did not affect their ultimate decision, in which they chose to rule against Palin.

Seems like that could be a monster win for Palin. IANAL, but sounds like possible grounds for totally throwing out the jury’s verdict, and since the jury voted guilty, the dismissal that would have happened didn’t happen (AFAIK).

Seems like that could be a monster win for Palin. IANAL, but sounds like possible grounds for totally throwing out the jury’s verdict, and since the jury voted guilty, the dismissal that would have happened didn’t happen (AFAIK).

The verdict probably should be thrown out. But she is going to appeal, anyway, and probably lose again, anyway. Maybe the R SCOTUS will side with her but I doubt it.

Our libel laws are pretty tough. Proving it wasn’t an innocent mistake is hard.

the twitter lawyers I read seem to say…of course she would appeal anyway, but that is another thing to bring up. but the judge already threw out the case so the jury verdict wasn’t to be used anyway. so the hurdle is say the judge was wrong and win on that, and then…have to get the jury verdict thrown out so the trial can continue. lottsa hurdles