From the files of nobody probably cares, but here’s the info anyway.
Our servers are top tech from 5-10 years ago. Functionally they’re fine. We’re running world community grid software on this forum server and burning 95% of the cpu cycles for that - and the forum is still responding with no speed issues. However, there’s a couple things internally that I’d like to speed up.
I could buy new servers but that’d likely cost me $10K that I don’t feel like spending right now, and I’m not even sure I could get the servers given shortages.
RAM and hard drives are already top tier. We’ve got excessive ram for what we’re doing, and I switched to SSD for the drives a couple of years ago. So the last thing I can do is upgrade the CPU’s. Which, I’m going to do in the next month or two.
I just bought 4 cpu’s (the servers take two each, and I’ve got 2 servers to upgrade) that are the fastest cpu’s that can be installed in the servers. Curiously, I paid $120 for all four. New, back in the day, they were over $1000 each. We’re bumping from dual opteron 6128’s to dual opteron 6380’s.
My dev thinks it’ll make a noticeable difference for me (not for you though, since you shouldn’t be seeing any speed issues right now).
Dev also did a comparison of one server ‘core’ vs one core on his desktop. The server core did 500 somethings. His desktop did 5000. that’s how much things have changed in the last 5-10 years. (that’s not directly comparable, since we’ll have like 32 cores running, but it’s an interesting comparison anyway).

I’ll post when I do the upgrade, probably January/February which will knock us offline for a half hour or so. I have to drive into the facility in Toronto where the servers are to do the hands on stuff.

From the files, this reminds me of the original roots of the AO. The first time we were running vbulletin and marks came out, the SOA went offline like they always did back then. So the only place you could get marks was on the AO. People had scripts running to refresh the AO, and the server we had couldn’t keep up. I actually went in one Friday, pulled the CPU from another server and installed it into the AO server so that the site would stay live under all the hammering. We stayed online, people got their exam marks, and I think that was actually a turning point for the AO because it brought in a lot of new people.

We’ve got excessive ram for what we’re doing

Did you join team? (Link to Join the GoA-WCG team)

Yeah,I’m lost. My account show the goactuary team, I can see everyone else but not me.
Probably something stupid in my account that I’m doing wrong. 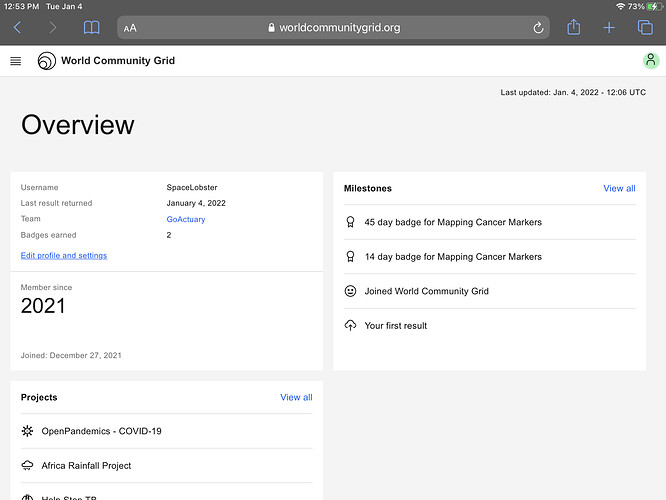 I’m not wasn’t showing on that link either, but there are were 3 accounts showing as anonymous. Make sure your account is set to share your data.

Thanks! That was the problem.
I can see I’m going to need to up my hardware if I’m going to crawl up the rankings :).

Got the new cpus in and may have to go to Toronto for something else on Sunday. So, probably have some downtime on sunday.I’ll update here once it’s confirmed, and again before shutdown.
Always a nervous time taking a server offline.

Thanks for all you do!

I’m headed to Toronto now. We will be offline likely just after 11am est for about 15 minutes while I saw CPUs.

Man, this is why I dont do hardware anymore. The goactuary server is upgraded but I actually made my main business server worse.

It’s fixable but not today.

Glad to see that you have your priorities straight! 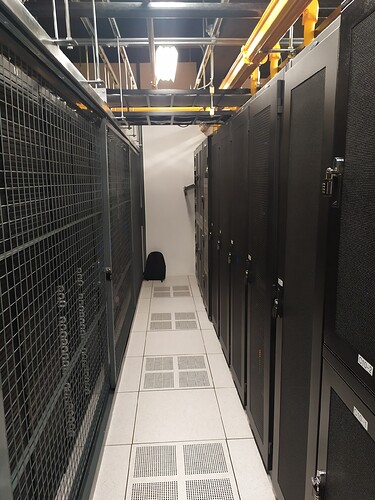 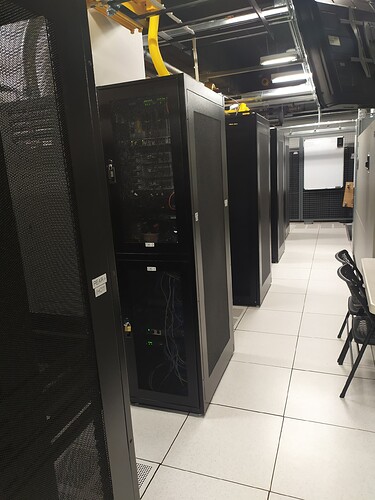 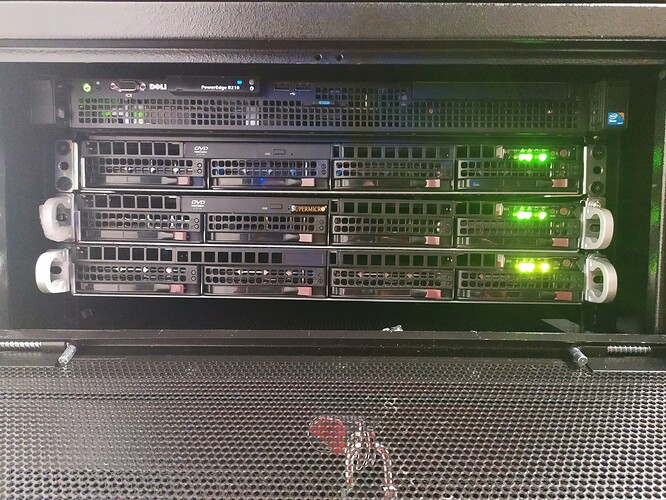 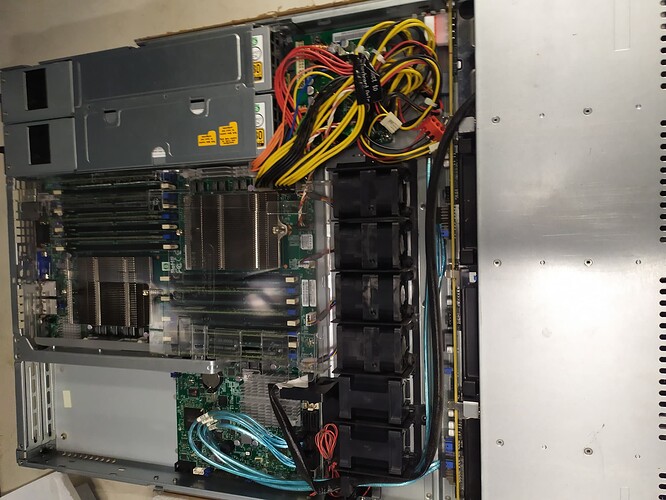 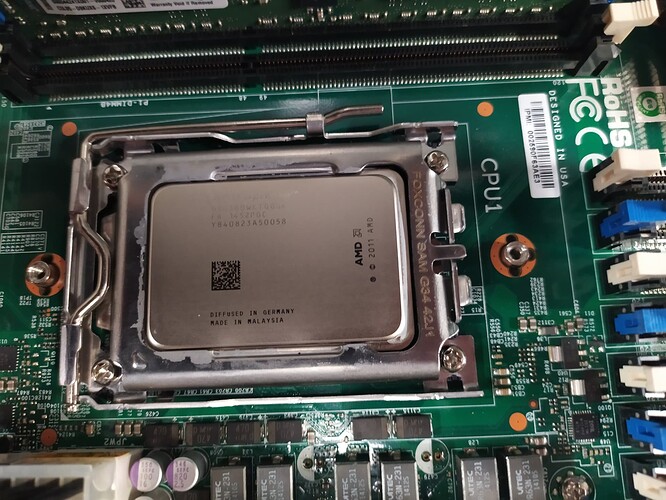 So I checked all the sites, closed the cages, and came home.
Get home, my business stuff, all my websites, and my cloud server are all offline. Sigh. I must’ve bumped something when I closed the cage.
Started back to Toronto, and the temperature has dropped like a rock, so black ice everywhere. there was 4 accidents in a 3 mile stretch before the highway, so I bailed and took the last exit before the highway. Good job too, because traffic on the main highway was completely stopped. I wasn’t getting back to Toronto even if I wanted to. And of course, today’s the day 4wd stops working for some reason.
I’ll head back into toronto tomorrow sometime. Weekends are so much nicer because there’s no traffic, and I have to go right downtown to the server farm.

Mostly final wrapup on this for anyone who follows this stuff.
The GoA server upgrade went flawlessly. Should be something like an exponential increase in speed, most of which is being spent on World Community Grid on this server lol. I didn’t really need to upgrade this server.
My main business server that handles all my websites, I think I actually bent a pin on the motherboard installing the new CPU’s. This is why I don’t do hardware. Anyway, some back and forth testing, and the second CPU socket isn’t working in that server. So I pulled that CPU, and put the machine back online with only one cpu. Yeah, the upgrade resulted in a downgrade.
Then I went home, and 20 minutes later, the main business server went offline, hard. No access from online, no access from my backdoor network in the data center. Back to the datacenter, and it turns out that the server went into suspend mode - like a desktop or laptop does. Of course servers aren’t supposed to do that. My guess is that some config settings got changed during some automatic software updates to the server, and they didn’t take effect until I rebooted. Anyway, that’s fixed now so that server is back online.
In terms of my business website server, I just went on Ebay and bought an identical server…that already has the upgrade CPU’s installed in it. When it comes in, I’ll move hard drives and memory from the current server into the new one, and there’s my upgrade I guess. I’ll have some spare CPU’s kicking around. That will free up the current business server (the one that I bent the pin on) to sit on a shelf in my office as a cold spare - in case something else dies I can always put it back in to play.
So, that’s a wrap for now.