I like to read old newspapers, and, in particular, the Brewster Standard.

I can get there via the New York Historic Newspapers site:
https://nyshistoricnewspapers.org/lccn/sn84031640/

Anyway, some doings in Connecticut, 1888 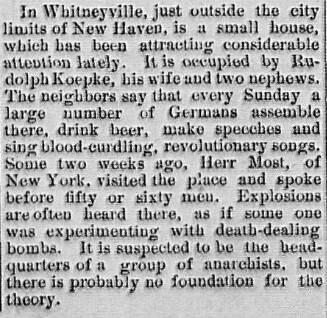 Yes, there’s a theme. I was looking for something in particular.

While I haven’t found it (yet), I have found other things. 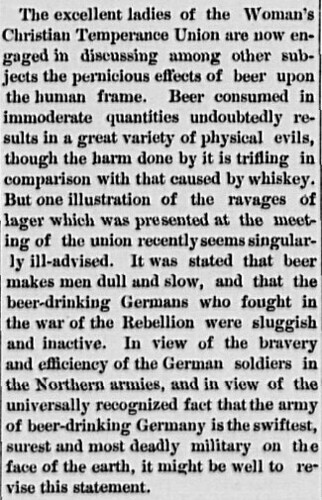 Last one for today – on mortality 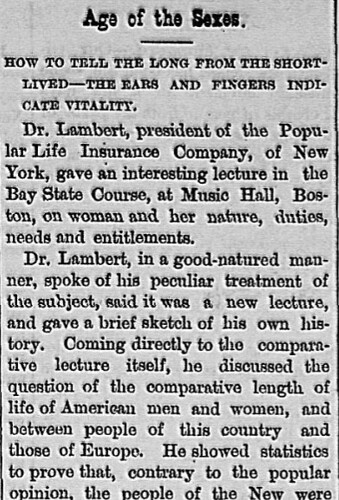 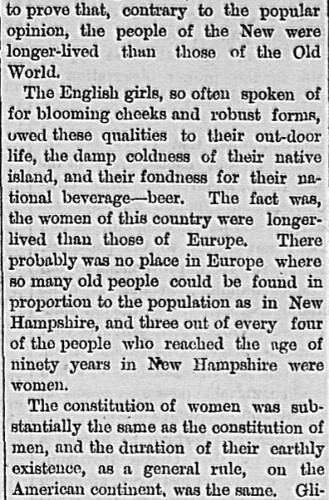 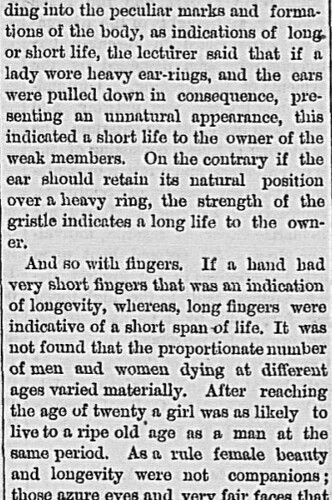 Nothing on the Irish?

Very cool, will have to try adding earlobe length to some internal models

I was looking for Germans b/c beer. (and a specific clip I found long long ago)

Well, the place is called “Brewster.” What did they expect?

I tried to look at the Hartford Courant archives. They had some late 1700 papers but it costs $7.95 per month to access the archives and I don’t care that much.

One of my fave clips I found involves Brewster’s Millions, which was a novel that came out in 1902 and had lots of remakes, from plays to movies. As a kid, I saw the one with Richard Pryor, of course. 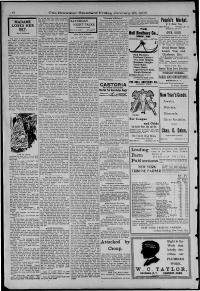 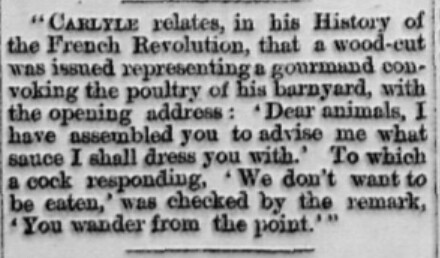 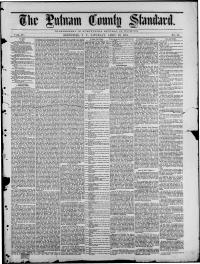 Well, that’s news I can use

I’m not seeing the book right now,but I’ve got one on some guy who did a wander around Canada in the 1800’s and documented his travels. He tells the story of a black man who escaped slavery in the US and ended up farming in SW Ontario. Apparently the ‘owner’ decides to come looking for him and finds him. Except the black man pulled him off the horse and proceeds to beat him with his horsewhip. And apparently the neighbours were quite on board with the situation.

Yeah, I have seen some stories like that in this paper – the first issues I have from the Brewster Standard/Putnam County Standard are 1870, and much of the news around that time was the Franco-Prussian War (I read a bit about a French scamster on one of the pages of the April 1871 issue, but did not share)… but they’d run antebellum anecdotes and such.

Heck, I’d keep coming across the same anecdote about King George IV, and those were -really- old stories.

Related; In 1939, King George VI went to Ottawa for his birthday. A bakery in Ottawa made some 600lb fruitcake monstrosity for his birthday cake. Later, a newspaper in Toronto published a scaled down version of that recipe.
My grandmother cut out the recipe and made that fruitcake at Christmas for many years. Then, my aunt made it for many years. Last year the recipe got passed down to me and I ended up making 6 or 8 loaves of the frutcake. I still have one loaf in the freezer, waiting for covid to break so I can visit and give the loaf to my mother. 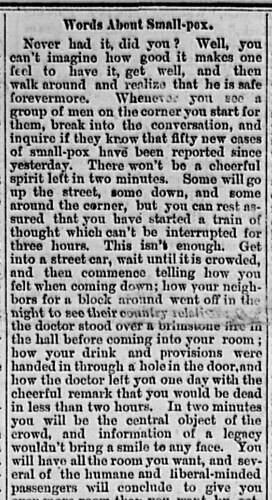 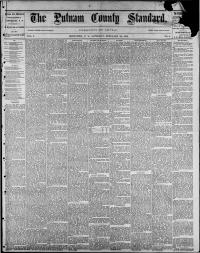 Hijacking this thread, stumbled across a newspaper clipping from the town I grew up in: 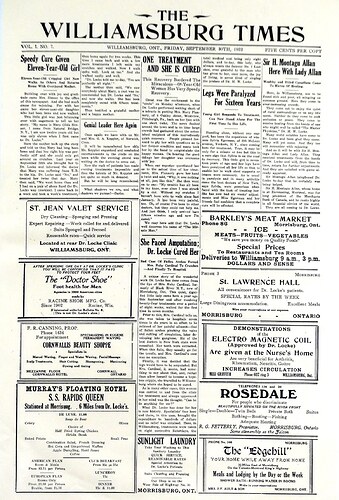 I’d heard about this Dr. growing up, went to school with his grandkids. Apparently he’d come out front each day, there’d be line ups of people from around the world waiting to get their feet manipulated.

In addition to the character/process being interesting, I was told that the population of the town grew to 5k-6K. It’s current population (and it’s population for at least the last 50 years) is 300. it’s basically a corner of two roads with some houses. Hard to believe that there were that many people.

An article on him:

Miracle healer or charlatan? Controversy swirled around the Locke clinic in the 1930s. But the world beat a path to Williamsburg, Ont., where the tubby doctor cheerfully manipulated 2,700 fallen arches in a single day

I could use a good footrub

Maybe the good doctor just had a foot fetish.

In the monthly email from the website, I get this:

From Tim Ryan, journalist at Rotten Tomatoes and user of NYS Historic Newspapers 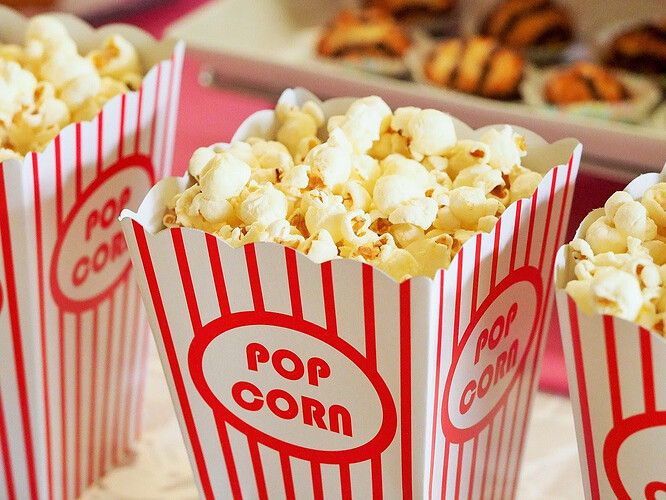 \ 200x1501280×960 328 KB
Over the past few years, Rotten Tomatoes has been working to expand the scope of the Tomatometer by resurrecting critics of the past and adding archived reviews to classic films.

As such, NYS Historic Newspapers has been an invaluable resource. Digging into the archives, we’ve found one of the oldest reviews on the site – an 1898 New York Post review of “The Horitz Passion Play,” a drama about the life of Jesus – to a 1982 review of “Star Trek II: The Wrath of Khan” from the now-defunct Buffalo Courier-Express. From our work, we know that archiving old newspapers is a Herculean task, and we hope our project offers an example of the many ways sites like NYS Historic Newspapers can be useful to everyone. 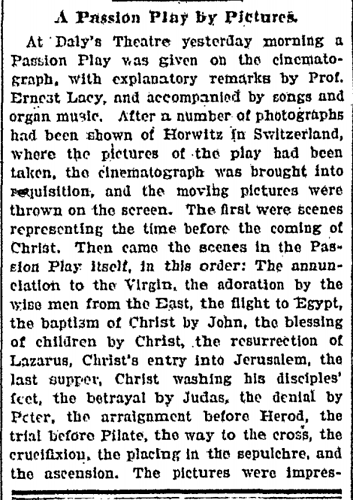 I think I’ll use that last paragraph in our next employee evaluation. 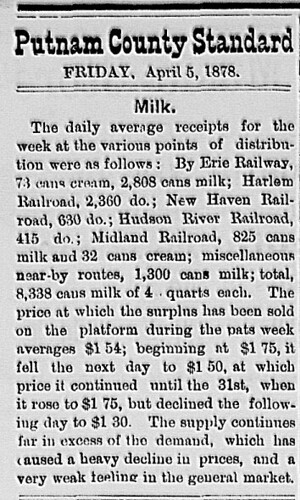 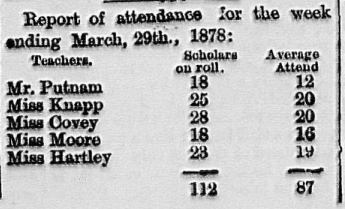