Murder or self defense?

Did he shoot at the guy’s feet before the guy went for the gun? Does that change anything? It makes it a bit more “murder”-y to me (guy that ended up getting shot had a good self-defense reason to go for the gun).

Probably legally self defense, but if they guy hadn’t have had a gun in the house nobody would have died.

What makes it legally self defense? What right did he have to pull a gun on the other guy in the first place?

The other guy was yelling and threatening to take them to court. He was not violent. No reason for there to be a gun there.

Can I just pull a gun on someone who yells at me? I need to go out and buy a gun then. Good excuse to murder people who piss me off.

This is America. In pretty much any other civilized country it wouldn’t be his right, but here it is - especially on his property.

If that was a shot at his feet, that might change things, but probably not.

okay, well, if that’s true, that’s fucked up and laws should change. at most, they should call the police on the guy. he might have been on his property, but he was not violent, and i’m not sure it makes any difference, but he wasn’t in his house.

We don’t know anything about the history either. They guy wasn’t violent at this time, but did he have a history of escalating to violence?

i’m not sure it makes any difference, but he wasn’t in his house.

I don’t think that makes any difference at all, but IANAL

yeah, i need the back story here. based on that clip, i’d say it’s murder in my mind (not sure about the law though), but the clip is too short.

The situation escalated because the guy got the gun. Murder imo

Was this real? The woman talking about recording it seemed way too calm for what transpired

yeah, good point on “way too calm”. I also don’t see any blood which makes me think it might not actually be real.

but assuming it was real, once he got out the gun, it became a dick measuring contest, someone was gonna die, and neither was going to back down.

It could definitely have been staged, but I think it was probably real.

That is such and extreme situation that it is really difficult to know how any person it going to react. Without any real experiences outside of what is on TV, I don’t know if she was “too calm”. In my one experience with a somewhat similar situation (a crazy guy with a brick, not a gun), I did not react at all like I would have expected me to (I completely froze).

Similar on the blood. On TV there would be a lot. I don’t know how much to expect in real life. 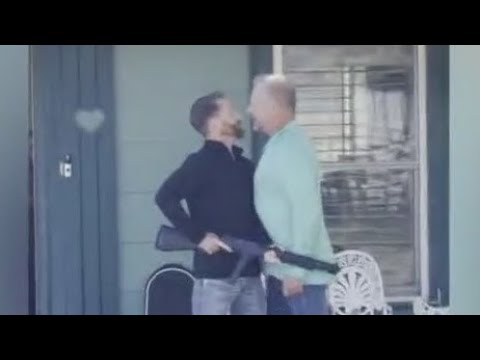 Made the nightly news so its real.

The backstory is important here. The guy that was shot was there to pick up his son per court ordered custody agreements. The shooter was having an affair with the mother, who was ignoring the custody agreement.

The victim should have called the cops rather than yell at the two. Still seems like they set this up to cause a fight and murder the guy. 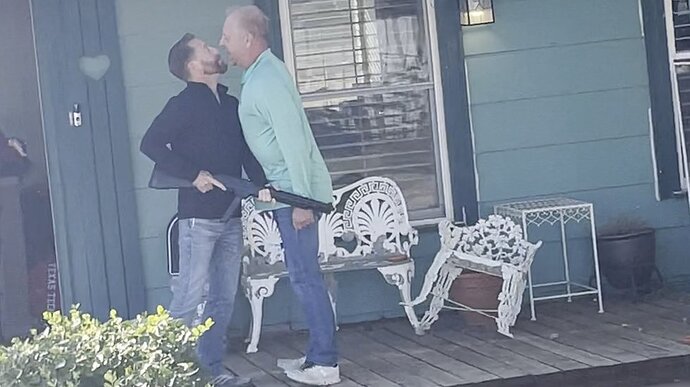 In a petition filed on Wednesday, the widow of Chad Read is seeking custody of her late husband’s children from their mother. In the news release from her attorney, they attached a video of the shooting along with the petition.

Thinking about it more, the “too calm” and “not enough blood” things make it more likely that it is real.

. Still seems like they set this up to cause a fight and murder the guy.

I’m not convinced that anyone there was smart enough to actually plan that. Lots of idiots being idiots and now a guy is dead.

If the victim had a gun and shot the dude the moment he came out of his house menacingly with the gun would it have been self defense or murder?

this just confirms to me that it was murder. there is no law against “yelling”. he had a right to yell. the mother was not abiding by the custody agreement.

those kids are fucked.

the whole “affair” thing seems kinda irrelevant here and thrown in there.