The Jussie Smollett thread was on AO, or I’d bump it. I started to put this in the News that makes you say WTF thread, but this might generate enough discussion to be worthy of its own thread and I didn’t see one already on here.

Smollett was found guilty of falsely reporting that he’d been attacked.

Which, the verdict itself isn’t the WTF part, but rather the underlying story certainly is.

And in case you’d lost track of the legal happenings, here are some snippets from Wikipedia:

On February 20, 2019, Smollett was charged by a grand jury with a class 4 felony for filing a false police report. … On March 26, 2019, all charges filed against Smollett were dropped, with Judge Steven Watkins ordering the public court file sealed. First Assistant State’s Attorney Joseph Magats said the office reached a deal with Smollett’s defense team in which prosecutors dropped the charges upon Smollett performing 16 hours of community service and forfeiting his $10,000 bond.

On April 12, 2019, the city of Chicago filed a lawsuit … against Smollett for the costs, totalling $130,105.15, of overtime authorities expended investigating the alleged attack. In November 2019, Smollett filed a countersuit against the city of Chicago alleging he was the victim of “mass public ridicule and harm” and arguing he should not be made to reimburse the city for the cost of the investigation.

On February 11, 2020, after further investigation by a special prosecutor was completed, Smollett was indicted again by a Cook County grand jury on six counts of felony disorderly conduct pertaining to making four false police reports. On June 12, 2020, a judge rejected Smollett’s claim that his February charge violated the principle of double jeopardy. His trial began in November 2021, and on December 9 Smollett was found guilty of five of the six counts.

Re: double jeopardy, it sounds like the original charge from 2019 (later dismissed) specifically pertained to paying the brothers to stage a fake hate crime. The charges from 2020 after the special investigator did his thing were specifically for lying to the police.

I saw this first on some right-wing forums about owning the libs.

As a “lib” my view is - yeah, he deserves it. Go ahead with the judgments. This really got overblown in the media.

Lying has become so commonplace in society that it’s almost absurd to think this will change anything these days. So many people lie to get attention, to increase their perception of being a victim, to console their insecurities, to justify their positions, to get what they want, etc, etc, etc.

Meanwhile the people who truly are victims won’t bother because they don’t want to deal with being called a liar on top of whatever wrong has been done to them.

I don’t have a problem with the decision to charge him, go to trial and get a guilty verdict. If we’re doing it here, we should do it in every other case where someone does this stuff. Otherwise, we end up reinforcing the belief that “I can break the law and get away with it” which is true way too often.

Laws without enforcement are merely suggestions that will be ignored by some. Consequences that aren’t applied will merely inform those thinking of breaking the law that it might well be worth it because the punishment will be trivial in comparison.

Laws without enforcement are merely suggestions that will be ignored by some.

I don’t think I’d even call them guidelines, because those interested in breaking the law who see others not getting punished won’t use them as even a marker for “maybe I shouldn’t do this.” They just decide “I’m going to do ____ because I can and someone deserves that” and go on accordingly expecting nothing’s going to happen.

And way too frequently, they’re right.

I saw this first on some right-wing forums about owning the libs.

As a “lib” my view is - yeah, he deserves it. Go ahead with the judgments. This really got overblown in the media.

Yeah, what he did is despicable. Glad he got what’s coming to him.

Finally sentenced to 150 days in prison and 30 months probation, plus some hefty fines. What’s probably most shocking about this irredeemably bad person is that he still won’t admit he was wrong. After his preposterous rant about “400 years of slavery”, his attorney and family held a press conference after the sentencing where other bad people including his family, a BLM activist, and a Rainbow PUSH Coalition member defended his innocence.

These are all very bad people and they should feel bad.

It’s also good to know to generally disregard what some of these BLM activists say. They’re liars too apparently, in addition to being absolutely shady with their finances and, you know, not actually doing much of anything about police brutality.

some of these BLM activists say. They’re

you transition from some to many/all pretty quickly here. certainly some are terrible.

the fines and sentence I guess are fine. he is an idiot and an awful person for pushing this for self-serving reasons and using other causes as his defense.

BLM the sentiment is relevant. BLM the organization is garbage. We need to separate the 2.

And here is why you don’t cry wolf. Even if this is true no one is going to believe it. 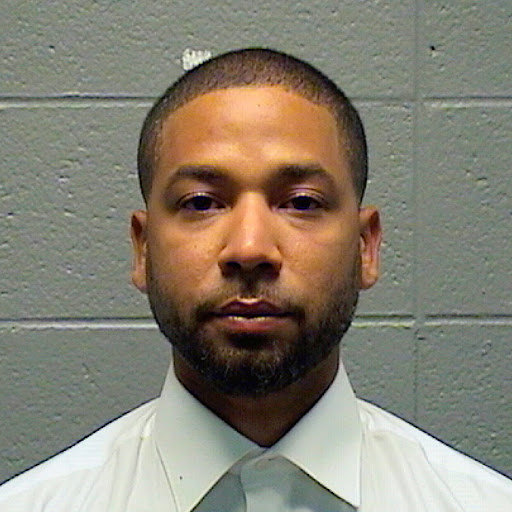 Jussie Smollett’s lawyers and family are demanding an emergency suspension of the actor’s five-month jail sentence, saying “vicious threats” including a highly disturbing anonymous phone call raise serious concerns about his safety behind bars. One...