This is an interesting story that has flown under the radar due to the holiday. 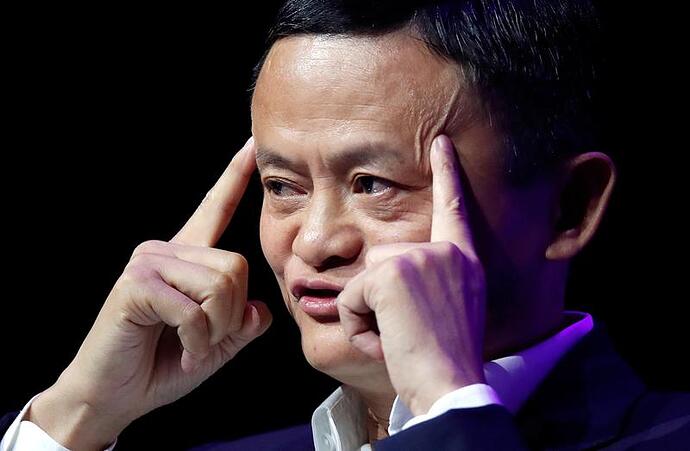 Alibaba founder Jack Ma's absence from public view in the past two months, including missing the final episode of a TV show on which he was to appear as a judge, has fueled social media speculation over his whereabouts amid a Chinese regulatory...

Saw a related article yesterday. Don’t think a government response would be a shocking revelation. Maybe he just has the Rona?

Weird billionaire + China = it could be anything from he’s sleeping beside Jimmy Hoffa to he’s on holidays on mars.
Between Trump and Covid, I’m about tapped out on weird speculation, because it’s always weirder than I originally thought.

He apparently spoke out about Chinese economic reform counter to the official position of China.

And, normally, they announce their authority to imprison whoever they want when they in fact do so.
So, his being “missing” might be more his choice than theirs. He certainly has the means (insert Yuan symbol) to do so.

They didn’t “announce” it when Fan Bingbing was disappeared

So look forward to Jack Ma thanking the CCP for kindly disappearing him.