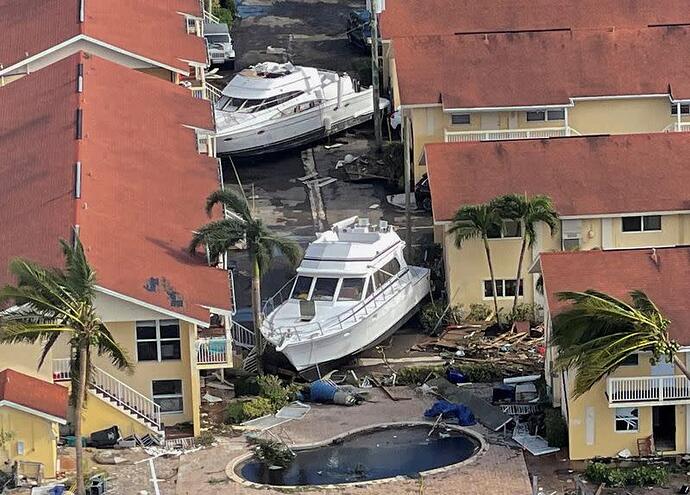 Insurers brace for hit from Florida's costliest storm since 1992

(Reuters) -Insurers are bracing for a hit of between $28 billion and $47 billion from Hurricane Ian, in what could be the costliest Florida storm since Hurricane Andrew in 1992, according to U.S. property data and analytics company CoreLogic. Wind...

“Hurricane Ian will forever change the real estate industry and city infrastructure. Insurers will go into bankruptcy, homeowners will be forced into delinquency and insurance will become less accessible in regions like Florida,” he said.

Hurricane Ian might be the latest impetus for the state regulators to actually allow companies to charge appropriate rates; but Hurricane Andrew holds the claim of “initiating” such changes. But it’s clear that the FL politicians either have short memories or generally don’t care about history.

What is likely to happen is that (modern) building code will be more strictly enforced; with the impact that many homeowners may not be able to afford rebuilding their homes to be “the same” pre-hurricance . . . especially if their abode was “grandfathered” in to the new building codes.

Very likely that many of the “stand alone” companies are likely to go into receivership and the industry picking up paying the remaining claims. Might consider what happened in 2009 with a major carrier in FL.

I agree. Poor timing, late in the month/quarter, Ian!!

Not sure what population you’re drawing on . . . but there are quite a lot of insurers writing property insurance in FL. However, most “major” insurance companies will have a FL-specific subsidiary.

During the early part of 2010’s, Citizens (FL property insurance residual market company run by the state) was the #1 insurer in the state.

If the hurricane blows my solar panels off, is that part of homeowners insurance? I have more questions than answers.

“Some” risk to lives & property is very helpful in evaluating my current situation. 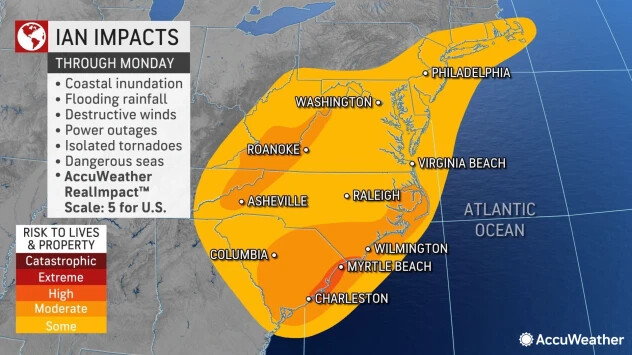 If the hurricane blows my solar panels off, is that part of homeowners insurance? I have more questions than answers.

did you declare it with your insurer? gonna be too late now

If the hurricane blows my solar panels off, is that part of homeowners insurance?

Unless you have a “wind exclusion” on your policy, your HO policy should cover damage due to the wind. (Think what would be covered from a tornado.)

Often, what the challenge is whether or not the damage was done by the wind (and subsequent water damage is part of the claim) and what damage was done by flooding (usually excluded; can be covered by a flood insurance policy, though).

But JSM does make a good point around whether or not the solar panels were considered in the establishment of your insured value.

Yes I believe so

Not sure what population you’re drawing on . . . but there are quite a lot of insurers writing property insurance in FL. However, most “major” insurance companies will have a FL-specific subsidiary.

At least on the commercial side I think CA is more at risk of the market drying up than FL.

but did they avoid coastal zipcodes?

No, one at least was pretty heavily on the coast.

That’s where all the TIV is…

had been shedding FL and LA coaster exposures

Shedding coastal exposure <> having no exposure.

FL insurance commissioner is an elected politician . . . so the direction they have typically followed is to not allow increases to rates–especially for the larger insurers.

If a company cannot charge a rate that will keep them solvent, they’re going to start limiting their exposures by starting with the most risky ones.

but did they avoid coastal zipcodes?

A ZIP code might be a trigger as to what underwriting survey to use to assess a property, but the primary key is going to be:

In many cases, #3 above will make a lot risks “ineligible” and they’ll likely end up in Citizens.