Head scratching moments: when your tribe is obviously just against it because the other tribe is for it

In Pennsylvania, the Republican state legislature is proposing a bill that would put school course materials on line. (For parents, they say). Those materials are already made available, but not digitally.

The Dems are against. They are saying it’s just a back door way to get parents riled up about the way the country’s racial history is taught -----SAY WHAT?

How the hell can you call yourself progressive and be against putting the stuff online? How can it ever be wrong to increase overall parental involvement? I’m gob smacked. Straight thru the mirror.

isn’t that basically ALL of politics?

Without looking at the details…

It might be more about how the requirement will be enacted and enforced than about the idea behind it.

Of course - I have no idea about any of this particular issue other than what you said in your post.

Plus the publishers want to control the distribution of their copyrighted curriculum materials. That is one of the current debates. The schools have printed versions that they have purchased from publishers that they can loan out to parents who want to review it. So could it be the dems that are trying to protect the intellectual property rights?

One guy in an interview said it puts too much burden on teachers already dealing with pandemic stuff. The alternate point made was that it was administrators or their designee to be responsible, not the teachers. The outcome of that still seems like more work for the teachers. Make it effective for 22-23 school year (maybe it already is).

Seems like it is a result of Fox News crying about non-existent CRT in k-12 education all spring, so the motivation now is annoying. I say let them have it - the idiot parents don’t do real research now and end up yelling at school boards, this won’ change anything.

Yep. I’m annoyed by the whole stink about Manchin barely mentions the R’s as it is just assumed they will vote in unison.

Regarding the OP. Whenever the political position seems missed placed follow the money. Who’s getting paid by who.

What seems funny is that these parents are probably reading more K-12 text books now than when they were actually in K-12.

ETA: but what is sad is that they are probably learning less now than they did then.

So, do tell. Who is getting the money here? Or conversely, who s losing money? Cuz, I’m pretty sure there are very few typesetters now.

And golly. No one else has an amusing anecdote today? What is YOUR team doing that baffles you?

The Dems are against. They are saying it’s just a back door way to get people who AREN’T parents riled up about the way the country’s racial history is taught -----SAY WHAT?

Fixed, for some more accuracy.

Not sure if you know, but non-district people have been wasting school board’s meeting times with their “concerns.” It’s in the freakin’ playbook, ferchrissakes: 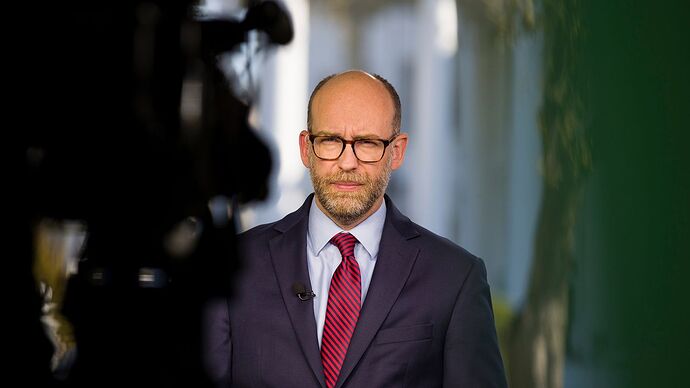 Conservative groups are training activists to swarm school board meetings

The same people are appearing at meetings across the state. 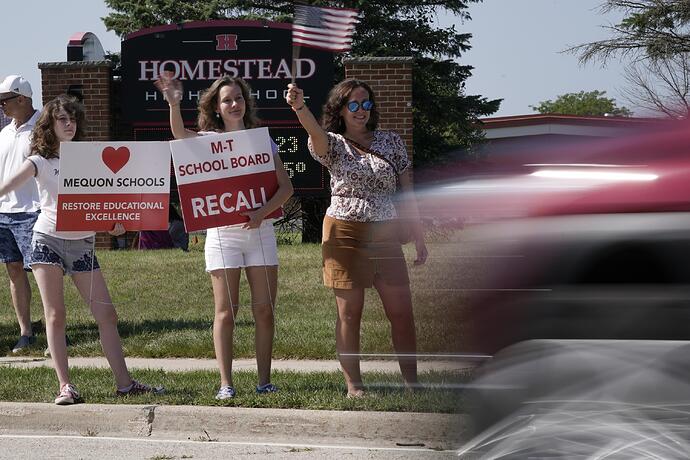 MEQUON, Wis. (AP) — A loose network of conservative groups with ties to major Republican donors and party-aligned think tanks is quietly lending firepower to local activists engaged in culture war fights in schools across the country.

Opinion | QAnon’s embedding itself where it can hurt the most

The bad news is that QAnon is trying to infiltrate schools and local government. The good news is that education is also our best way out of this mess.

we have people in the country against mask wearing when there’s an airborne pandemic.

I live in Ohio so really don’t have a team politically. Democrats don’t seem to have any presence outside of the big cities. Maybe years ago they realized efforts to appeal to the rural wage earners with beneficial economic policies can’t get past their fundi-conservative social/religious positions. Republicans (which I’m still registered as) are dealing with a strong push of xtian Trump-n-Q crazies which seems to be integrating well with their traditional entrenched fraud and corruption positions.

The voting game is to figure out which ballot measure was written by which corporate interest and how much taxpayer money goes to which interests.

I’m mostly aligned with Democrats. I can’t think of a position they have just to be contrarian but would love to hear some.

I can think of a lot of issues where individuals or factions are stupid. But can’t think of ones where it’s “Party of No”.

Manchin doesn’t exactly fit the criteria since he votes against his own party, likely to keep his seat more secure. He is annoying though.

Edit: BLM-related topics perhaps? While I think Republicans way overreacted to it, Democrats were unwilling to actually enact change but also unwilling to admit there were some negatives to the movement. (And I support BLM, but not actions of all BLM-related cases.)

What is YOUR team doing that baffles you?

I’m pro-vaccine. But i don’t understand why my team refuses to recognize that natural immunity is a real thing, with real implications. I mean, at first, we had a bunch of stories of people who caught covid more than once. And we still do. But we also have a bunch of studies that show that on average, people who recovered from covid have pretty decent immunity. And there are breakthrough infections among the vaccinated, too. No way of obtaining immunity is perfect.

Should those who recovered get some number of vaccine doses anyway? Yeah, probably. But the “i already had a document case” vaccine hesitant are not near the top of my list of people to persuade to get jabbed.

But i don’t understand why my team refuses to recognize that natural immunity is a real thing, with real implications.

This, 100%. It makes for a legitimate point for the hesitant to make claims about the government going too far and freedom!

I say bodycams for police and classroomcams. I’m on the hook for both of their underfunded public pensions. Enquiring minds want to know!

In Pennsylvania, the Republican state legislature is proposing a bill that would put school course materials on line

The materials listed in the bill include academic standards, instructional materials, assessment techniques and course syllabuses. The bill also requires schools to post links or titles for every textbook that is used at a school.

That looks way too vague to me. If I’m a teacher, exactly what do I do to comply?

Suppose I have paper and pencil worksheets for my first graders. And, those paper worksheets routinely go home with the kids because I hope their parents look at them. Does everyone of them have to be posted online?

Does “assessment techniques” mean “we give written tests”, or does it mean every test is posted?

I don’t know how big a deal “online” is in the post-pandemic world. All the written material that went back and forth between by HS relatives and their teachers were online. Simply making sure the parents have the password for their kids accounts gave them access to all the written stuff. But, non-parents can’t get passwords. Is that good enough for this bill?

Online seemed fine with all online for HS, not sure if it should work that way for lower grades. What is “enough”?

It would be good if proponents of the bill would provide actual details for a variety of grade levels and classes and say “this is what we want”.

If you were a PA teacher, you’d most likely know the answers. The legislature makes the laws and regulations, but it falls to the Governor to implement and enforce. In this instance it’s likely to fall on the dept. of education.
PA Dept of Education

So far only 2 examples (thx Lucy!)

Sort of a hint as to why we as a nation are so divided. My team doesn’t do that kind of stuff, the other guys do all the time.

My team doesn’t do that kind of stuff, the other guys do all the time.

I mean, I’m asking for democratic examples. There are examples where Democratic politicians are vocally for things yet take no action on them. I’m sorta anti-Israeli foreign aid but that has nothing to do with Republicans, they just happen to be for it.

A sizeable proportion of Democrats are anti-gun. I’m not, don’t own one but can load it, hit a good cluster on the target, and clean it. It could be argued some have that view because Republicans are so pro-2A.

I say bodycams for police and classroomcams. I’m on the hook for both of their underfunded public pensions. Enquiring minds want to know!

Classroomcams would be helpful for documenting student behavior…