Has Capitalism had its day?

I guess some people would call that a whiner trying to raise taxes on the winners.

That’s all financial stuff. You may be talking about non-financial whining. 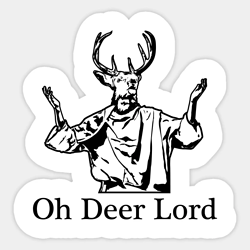 Do we? Seems we’re better than ever over a very long stretch of time. Your comment is a perception and not a reality. There is nothing that is worse now than it was 10 years ago so we aren’t taking 1 step forward and 2 steps backward. Maybe we’re taking 2 steps forward and 1 backward at times, but the argument we’re going backwards is objectively false.

What is the opportunity cost though, as compared to countries like Singapore?

That is my point.

I like to differentiate capitalism and “corporate capitalism”. In the US, we have the latter today. The laws and regulations are not designed to aid the type of small business entrepreneurs envisioned by Adam Smith. The policies have been captured by large corporations, often international in scope. This can make governance problematic.

The clearest evidence of how the political system has been perverted in this way is the R party. It has virtually no policies, certainly none that are designed to improve the lives of their voters. They win election by appealing to raw emotions, fueled by big donors like Koch. The result is there for all to see.

I am not sure what the path is to correct this. Improving regulation of monopolies, just administration of taxes, and taxing for externalities seem politically dead on arrival today.

I agree with your point. The government of the United States serves the immediate demands of the corporate and elite wealthy at the expense of all others. As has been stated in other posts the focus of the government to protect financial capital is a problem.

Readjusting wealth downward would go a great way to creating a stable country. Since so much of the means of production are concentrated in so few hands if we don’t slam some light socialism in here to rein in the runaway capitalists we’ll end up in authoritarianism. Side note: It could be argued we are already into a soft authoritarianism as evidenced by the dead in the water changes to taxes adn regulations. This is why I support waiving student loan debt, increasing wages, and pushes to increase home ownership.

I think the 2008 bailout was the turning point. The US government paused, even pausing an election, to give a trillion dollars to some guys that did a whoopsie that almost broke the world economy then everyone acted like it didn’t happen. We saw the rise of the tea party movement within the Republican party. The facade of what the Republican leaders were saying versus what they were doing fell away. In response rather than shift from their pro corp pro financial elite screw the rest policies they adopted fascism. The Democrats kept playing business as usual, serve the corp financial interests stay on message that they are for the people. You can see the cracks in the Democrat facade over the last few months.

If the Republicans regain power we get fascism and death to the great experiment, an unlikely purging of fascism inside their own party, or an attempt as business as usual with a bit of fascism on the side which is just putting off fascism to a later date. No matter this will polarize the left leading to an anti capitalist push. Note for those that think the progressive dems are already radical. The so called radical dems are still making proposals that work within the system. They want the system “softer” not to replace the system.

The US government paused, even pausing an election, to give a trillion dollars to some guys that did a whoopsie that almost broke the world economy then everyone acted like it didn’t happen.

Lend, not give (well sort of lend, they had equity). Arguably the federal government made money out of the whole thing.

I agree. I almost put a disclaimer on that description for its purposeful bias.

10 years ago the accumulated federal debt was about 92% of GDP, now it is 125% of GDP. And the annual deficit numbers are just as bad. 10 years ago, coming out of the Great Recession, the deficit was about 10% of GDP, now it is 15%. I’m concerned that a lot of “things are getting better for most of us” is the result of unsustainable deficits. I’m old-fashioned, I think that comes home to roost eventually.

The income and wealth shares of the top 0.1% or 0.01% have gone up. That’s pretty relevant to the topic of this thread.

And, of course, it we go beyond financials, the US is far, far closer to an authoritarian gov’t today than we were 10 years ago. I think that tends to influence my perception of everything else.

You needed to crank up the luxuries and have marketplaces/banks and you’d get ‘we love the president’ day. Then your cities would grow each turn. You could get tanks when most other places had muskets and knights.