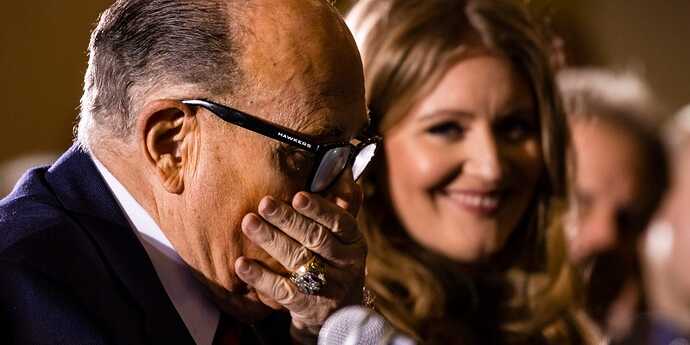 The viral clips of Rudy Giuliani experiencing flatulence on an election-hearing livestream are not fake, according to State Rep. Darrin Camilleri.

Technically, talking is not farting, even though they both seem like a lot of shit.

There were (tiny) chunks; so he sharted.

Why is it news that he did something that all of us do every day?

I don’t get people’s obsessions with farting. It happens.

It’s funny, though, which leads to the whole viral video thing.

For those randomly wondering, farts are both a symptom and a vector for covid.

People, even gassy people, exhale an awful lot more than they fart.

And unlike masks, people (especially attorneys appearing in court) are far more likely to wear underpants and pants correctly. I’m guessing that underpants plus pants is at least as effective at blocking the virus as a mask.

Was Giuliani even wearing a mask while he was talking?

She may well have gotten it from him, but I very much doubt it was from the fart.

Oh, this post popped up on my “new” list but now I see it’s not very new.

The connection to the thread title is only figurative, but, I am glad to see this: 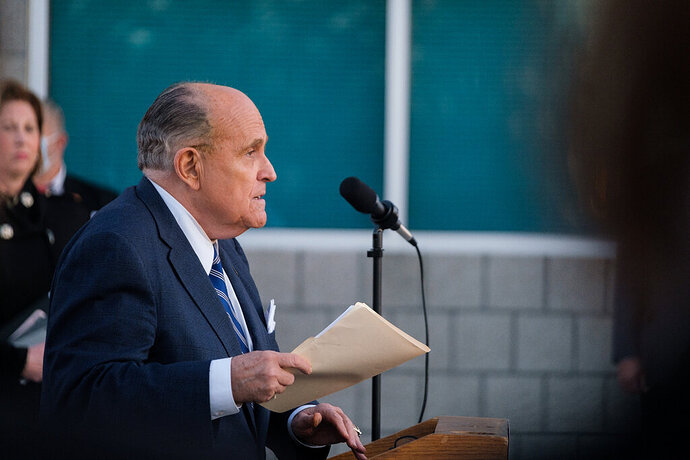 The suit against Mr. Giuliani, a lawyer for former President Donald Trump who pushed to overturn the election results, accuses him of carrying out “a viral disinformation campaign.”

I sincerely hope they bankrupt Giuliani.

the company notes that Mr. Giuliani avoided mentioning Dominion in court, where he could have faced legal ramifications for falsehoods. “Notably, not a single one of the three complaints signed and filed by Giuliani and other attorneys for the Trump Campaign in the Pennsylvania action contained any allegations about Dominion,” the lawsuit says.

Are they going to go after Trump as well?