My 10 year old just started baseball this year and he is loving it so far. He wants to watch a “real” baseball game. I’m working on finding one in-person we can go to, but in the meantime, is there a past baseball game that would be fun to watch with him?

I’ve never played baseball, so I’m learning the rules as we go and I think we’d both enjoy watching an exciting game. Since I have 0 knowledge, no matter what game you guys recommend I’ll have no idea the outcome!

Oh, and sites to watch the game on would be helpful too. 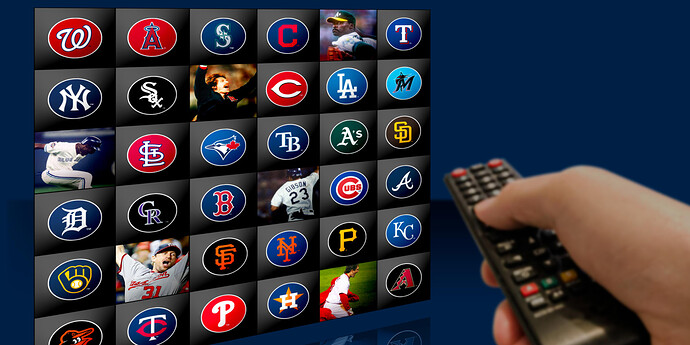 In difficult times like these, we often look to sports for an escape, which is part of the reason why the lack of live games right now is so frustrating for many. To help fill the void, here’s a complete guide to how you can watch any number of...

Here are some classic games you can watch for free.

The Joe Carter on which is listed first could be a good one. Do you have a specific team you’d like to watch maybe I could suggest one form that team list.

His little league team name is Lions, but I don’t think there’s an MLB team with that name - just the football team as far as I know.

So we don’t have any allegiance to any team currently. I don’t think I could name more than the Yankees and White sox off the top of my head, and I’m not sure my son knows even those (though sometime he surprises me with what he knows).

Thanks for the link! We will pick a game from that list and watch it. I’ll let you know how it goes!

The entire Twins/Braves WS form '91 is great. 5 one run games. Puckett’s walk off in game 6. Morris going 10 innings in game 7.

Might also look into some of the classic baseball movies as well.

I’m not talking “Moneyball” . . . but things like the Lou Gehrig Story (The Pride of the Yankees) or The Stratton Story.

Maybe even one about The Great Bambino.

And let’s not forget one of the best baseball movies: The Sandlot

Sandlot is a great one.

Major League a funny one though I can’t recall if all of it is appropriate for a 10 year old.

The players are incentivized to win to “undress” the (female) owner.

If you like the Yankees I’d suggest this game

‘That ballpark is alive’ (Oct. 17, 2017, ALCS Game 4): The Yanks show they’re never out of it with the raucous home crowd behind them, rallying from a late 4-0 deficit against the Astros behind big hits from Judge and Gary Sánchez.

If you dislike the Yankees I’d suggest this one

Edgar hits The Double (Oct. 8, 1995, ALDS Game 5): Edgar Martinez walks off the Yankees with a double that scores Joey Cora and Ken Griffey Jr. at a raucous Kingdome, perhaps saving baseball in Seattle.

Thanks for the suggestions. I’ll let you know what we manage to watch. Will be tough currently since he’s at baseball 5 nights a week!

A League of Their Own would also be a fun watch, IMO.

Sandlot and Field of Dreams are musts, imo.

I also enjoyed The Rookie.

I wouldn’t recommend any game televised by Fox.

Why no game televised by fox? If I’m watching on YouTube, does that even matter?

Also, I’m off to do some googling to understand how the world series works, and how many games I’m in for if I want to watch the whole series.

The world series is best of 7 so it could be as few as 4 games or as many as 7 games.

The world series is best of 7

Why no game televised by fox?

We started watching this game. We made it until the Yankees got 3 outs against the Astros, then had to stop because it was getting late. Trying to figure out a time we can just sit and watch the game, because I don’t think it will be very entertaining to watch it 15 minutes at a time.

On a side note, I asked my son which baseball teams he knew. He couldn’t think of any offhand, but once I said Yankees and White Sox and Red Sox he said he knew those ones. We have a lot to learn to become a baseball family!

On an unrelated side note, my younger son is really really into basketball. He’s <3 and if we put on NBA highlights on YouTube he’ll watch an hour long video. So maybe between the two of them I’ll become a sports fan.