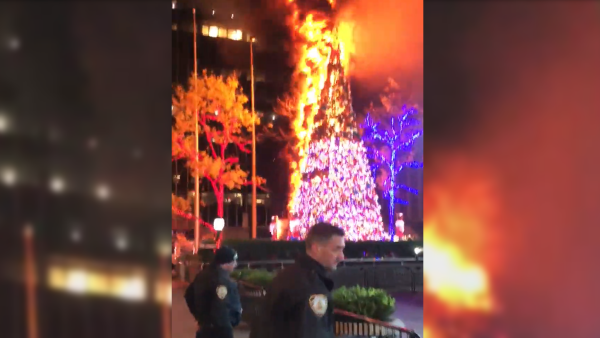 Man Arrested in ‘Malicious Arson Attack' on Christmas Tree at FOX News in...

In other news, it turns out Fox’s Christmas “TREE” is as fake as their news. 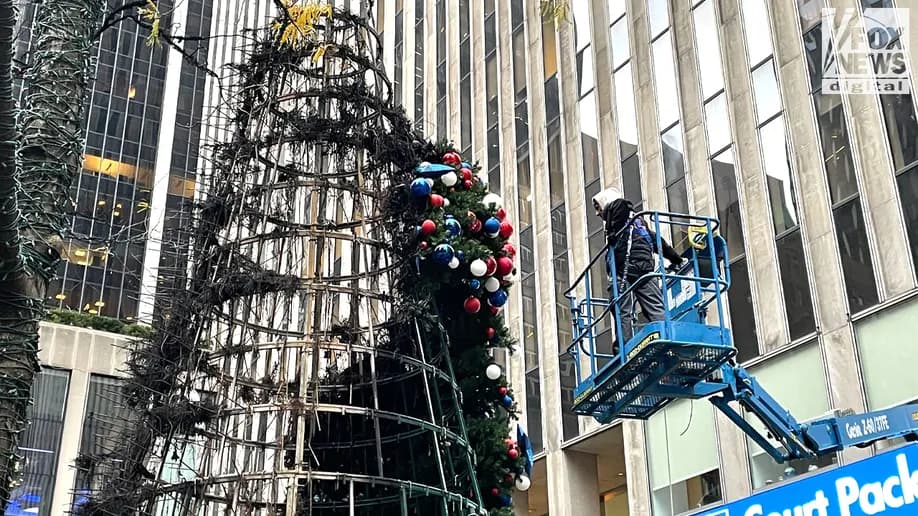 In other news, it turns out Fox’s Christmas “TREE” is as fake as their news.

That’s pretty normal. All the Macy’s “trees” around the country are constructed also.

The torched tree or the fact that it (and virtually every tree like it) are not real trees?

How many times have the Fox News talking heads invoked their burned faux tree as evidence in the “War on Christmas”, I wonder.

the torched tree, I don’t mind it’s fake. My own tree at home is fake 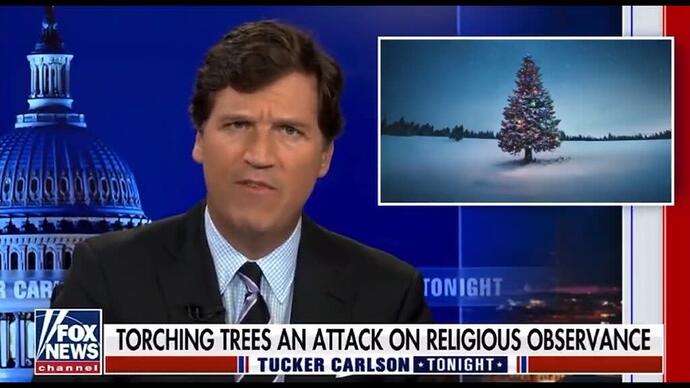 "The DOJ can tell you precisely how many Korans were burned last year in the United States, but they don't keep track of Christmas trees," Carlson says

Tucker wants federal involvement as it was an attack on Christianity. I guess he was unaware that his colleague at Fox sees the tree as a symbol of Hanukkah as well…

I see that Carlson wants to weigh in on whether it is unconstitutional for governments to erect Christmas trees.

He seems to be on the “Yes, an explicitly Christian symbol. Therefore, No, governments cannot erect them.” side.

Tucker’s Response: Why do you hate Christmas so

I heard Steve Doocey refer to it as the “FOX holiday tree”.

The War on Christmas is coming from the inside!

I see that Carlson wants to weigh in on whether it is unconstitutional for governments to erect Christmas trees.

He seems to be on the “Yes, an explicitly Christian symbol. Therefore, No, governments cannot erect them.” side.

Huh? Governments erect menorahs and other religious symbols all the time. That’s allowed.

The White House hosts a dinner at the end of Ramadan every year… except Trump didn’t in 2017 and then he caught so much flak for it that he did in 2018 (at least I assume that’s the reason for the change). Not sure about after that. I assume that Biden did in 2021, as Obama and Clinton and both Bushes (including right after 9/11) and numerous others did before them, going back to Thomas Jefferson. 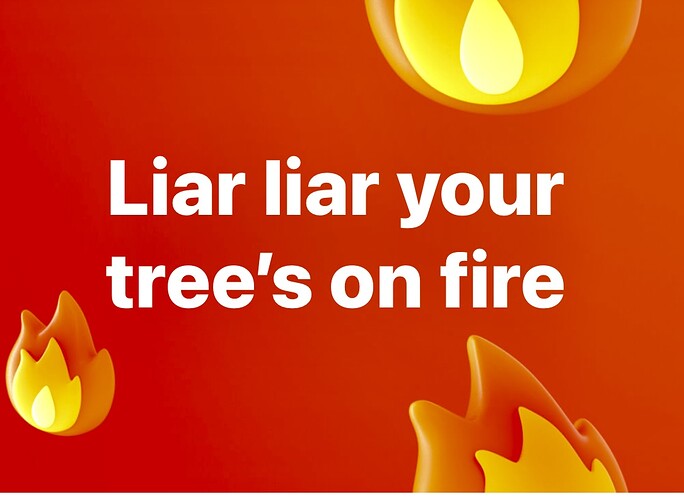 From FB. Made me

“All the time” until someone sues.

I don’t know of any lawsuits involving dinners within the WH.

Public Christmas Holiday displays vary. The constitutional issue is a question of debate. Hence, I am (with humor intended) saying Carlson must be on one side of the debate.

Which religious holiday displays are unconstitutional?

Eh, if anything I bet he’s on the other side since public religious displays almost certainly skew Christian.

I guess I didn’t get the humor. Not the first time that’s happened.

Oh, and if you want actual strike through text use “s” instead of “strike”. I couldn’t tell if that was intentional or you just didn’t know how to do it on the new(ish) site.

Well, the WH seems to always make a big deal about where their Christmas Holiday Tree was cut down. And there is usually a decent article or 2 about its journey from where it died to the WH.

Somehow, I messed that up. I thought I tried the simple s the first time and it didn’t work. It worked this time.

Eh, if anything I bet he’s on the other side since public religious displays almost certainly skew Christian.

Yep, that was the attempted humor, or hypocrisy, or whatever.

If the SC ruled that a city can’t have a Christmas tree because it is overtly Christian, Carlson would have a fit. What silly overreach by the SC, everyone knows Christmas trees are just holiday decoration.

But, when this one burns down, he wants the FBI to investigate a hate crime because this piece of holiday decoration erected by a secular organization is overtly Christian.

Eh, if someone burned down, say, a menorah at a secular Krav Maga studio (gym?) I think it would be reasonable to investigate it as a hate crime.

I kinda think this is a FOX News thing though, not a Christian thing.