During the last half of GWB’s second term, there were many questions/statements along the lines of “We need an exit plan”, “What’s the exit plan?”, “Does Bush have an exit plan?”, etc. Considering what’s happened over the past month and after reviewing President Biden’s responses this past week, how much work to you think the Biden Administration put into building an effective exit plan?

Without reviewing the details, I’m going to guess we spent a depressingly large amount of time planning. 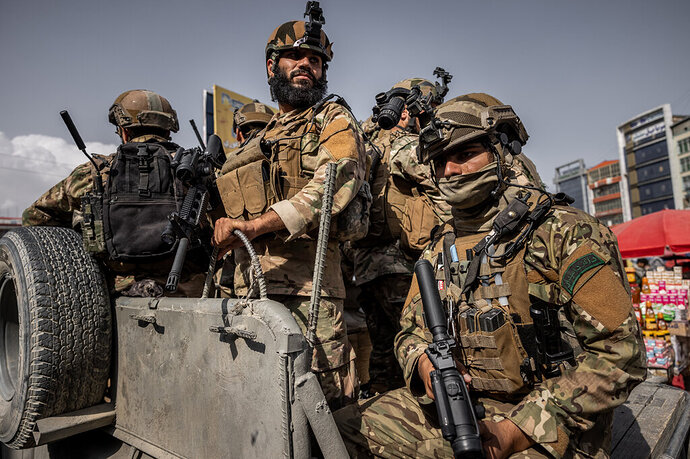 Here’s a rich account from the (fake news!) NYT. You can search and open it in incognito.

There may well not have existed a “good” exit plan, but they probably could have pulled off a “less bad” one…

Since things like “exits” generally take 2-3 years to plan and execute, why is the assumption that it was Biden’s failure to have a plan or not? Wasn’t it Trump’s idea and announcement to get the troops out anyway? I suspect we should be casting blame on the former administration for not doing enough, not the one who had to pick up the haphazard pieces.

(I agree with your version too, but in this particular case, mine seems even more critical.)

“He predicted the horror of occupation in his book in the early 90’s. Now he sees his son being destroyed by the war that he warned against. Permanent occupation, no exit strategy, civil war, loss of lives, huge cost. The handwriting was on the wall and President H.W Bush saw it. For him, this must be like a bad dream” 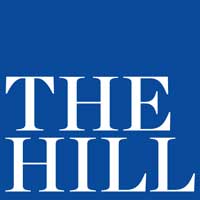 Why President George H. W. Bush is Worried About His Son

All these Iraq war resolutions, and so little time. The voters really have spoken on this war, not only in recent polls but at the ballot box. The sooner that members of Congress realize it the better for the country, and the better for them. The...

Judge decisions on the process that led to them, not the outcome. In this situation, I don’t have enough information to decide.

They had 20 years to formulate an exit strategy and the 3 prior administrations exit strategy seemed to be “hey let’s stay forever” right up until last year whenTrump said “hey we’ll leave May 1” but didn’t seem to make any plans for leaving.

I don’t think that metric is sufficient. If there’s a problem with a group of people dying because they helped us and were left behind with our exit, then at least the quality of the exit strategy’s execution could be called into question.

I think an argument could be made that “are we going to have to go back due to the reemergence of the problem that brought us there in the first place” is a question that could be used to critique the exit strategy.

how much work to you think the Biden Administration put into building an effective exit plan?

Honestly Trump was the only one with the balls to want to exit, so he gets that credit.

Biden willingly rode that horse into battle, but it backfired, which probably even Trump would not have expected, and is probably cheering now that he can blame this on Biden and use this to his advantage.

trump is also the one who made getting the SIVs nearly impossible, which is a huge hurdle to getting out those who helped us

Sure it could be called into question, but in your opinion what steps should have been done to get Afghani Allies out of Afghanistan prior to the collapse of the government and Tailban takeover? Are you saying we should have announced that Tailban takeover is imminent? And still meet either the May 1 deadline imposed by Trump or the extended August 31 extension by Biden? Or were you for extending the military engagement indefintely?

I envision a man in a room holding up the collapsing ceiling, with his arms overhead

All he can do is let go and make a mad rush for the door and hope the damage will be minimal, if lucky the ceiling doesn’t come down immediately,

Are you saying we should have announced that Tailban takeover is imminent? And still meet either the May 1 deadline imposed by Trump or the extended August 31 extension by Biden? Or were you for extending the military engagement indefintely?

Actually, I was trying to strictly address the suggestion that the success of the exit strategy should be measured by the departure of Americans alone.

There has been a failure here, and I’ll leave it to other armchair quarterbacks to assess whether the failure was misjudging how quickly the Taliban would take over, or whether we should have done a better job at identifying those in need of evacuation and doing so, or a combination of the two.

I think we were in Afghanistan for too long, aggravated by allowing ourselves to be diverted by the alleged “weapons of mass destruction” threat in Iraq almost 20 years ago. I think it was appropriate to do what was necessary to bring OBL to justice, and I don’t disagree with the idea that we had a moral obligation to clean up messes created by any destabilization we caused, and to protect those who put themselves at risk to help us in those tasks.

It would have been great if the powers-that-be could have done something that worked given the realities in Afghanistan. I’m not certain that a good ultimate outcome was ever a realistic goal; and really, the failure to achieve the improbable (if not impossible) is probably owned by the decision-makers of the W, Obama, Trump, and Biden administrations.

As someone who doesn’t know much. Why didn’t Biden send troops to actively get citizens out as opposed to sending them to the airport? Maybe I am just listening to talking points. But I thought I heard that Britain was taking a more active role getting citizens out…

Because there are Taliban troops everywhere and the US military is in active negotiations with the Taliban leadership to avoid outright shooting. But I think the US is starting to more aggressively enter Tabul to retrieve Americans since the Taliban have set up restrictive checks to even get to the airport.

Honestly though I won’t be shocked if in a couple weeks there are a lot more troops and a much more aggressive entrance into the city if there are still Americans to be retrieved.