This is nitty-gritty on a lawsuit in one county ( Montgomery) in PA.

PA requires that voters print their addresses on the back of the mail-in outer envelope, near their signature. 592 people did not do that.

The RNC wants all these ballots thrown out, the DNC wants to keep them.

The judge asks the RNC lawyer if he is asserting fraud. The lawyer says “no”, everyone is acting in good faith.

If the RNC wins, Trump will count this as one case of proven fraud in this stolen election.
The DNC will say that the honest votes of decent people were thrown out on meaningless technicalities.

FTR, I think the requirement for an address is legitimate, the state needs to distinguish between John Smith living on Elm Street and John Smith living on Oak Lane. I assume there are instructions somewhere telling the voters to put their addresses on the outside, apparently almost all the voters in the county did that, these are a relative handful. Also, probably not relevant, the pre -printed address includes a barcode that identifies the specific voter. 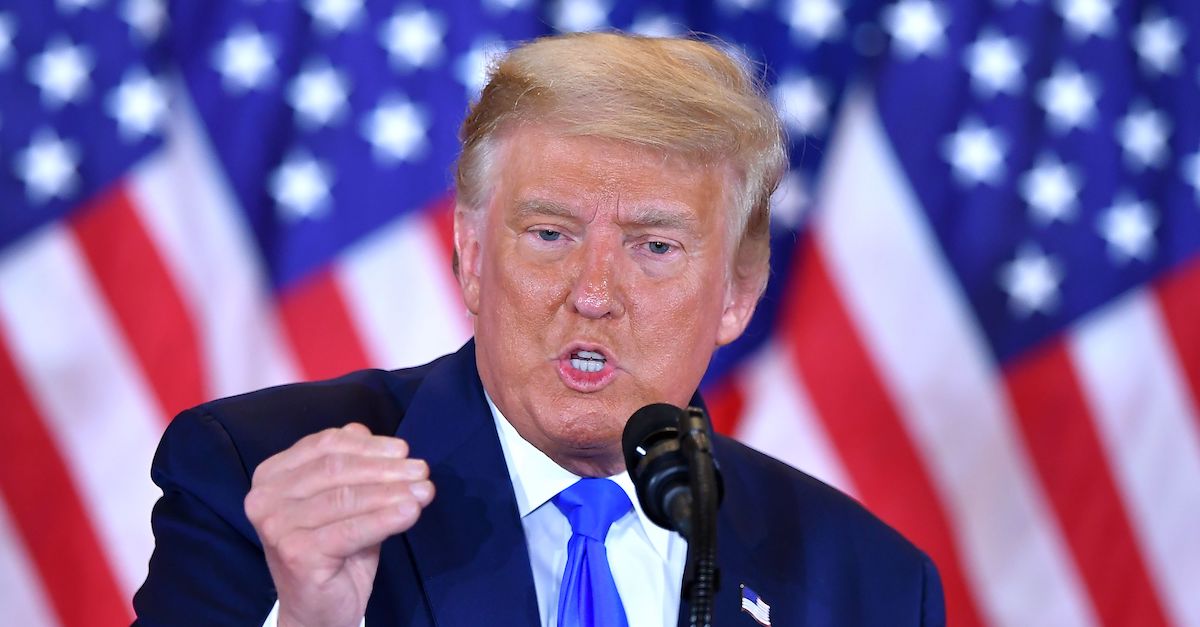 Lawyers Litigating for Trump Suddenly Remember Their Licenses Are on the Line...

There's a big difference between a) waving around a stack of affidavits in a safe space and b) bringing your claims before a judge. We saw that difference on Tuesday in the Trump campaign's case in Montgomery County, Pennsylvania.

Tar and feather every lawyer that worked on this.

Then, after that, go ahead and throw the votes out, just to show them that technically they had a point. Then throw them in jail for contempt of court until Jan 20 2021 (or 2025 for all I care), to show them that wasting time with technicalities when our President is fomenting an insurrection might just be a li’l bit of light treason. 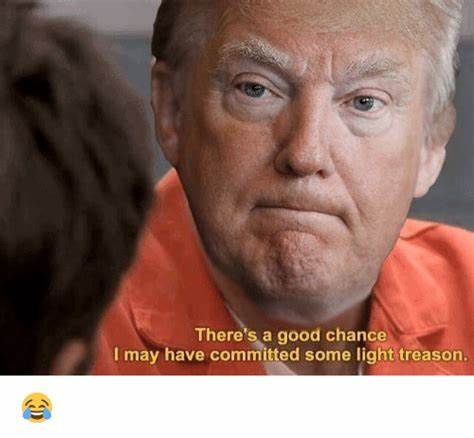 Reading that link…
Seems to me that requiring a handwritten address on an envelope (and in a specific spot), when there is already a printed address (from the county commissioner’s office) on the envelope, is an antiquated law based on way back in the past when people picked up completely blank absentee ballots somewhere, and had to write in such things in order to identify themselves.
These ballots were mailed to the voters. Obviously they have the address of said person voting.
So, they are looking for “technicalities.” See if anyone bites.

Me neither.
I know I didn’t have to write it on the outside, because, CA. I believe my ballot had my name (and address, or some way of knowing (bar code?) that it was I) on it.

I’m okay with the 266.
I could probably be convinced that the 243 are okay.
As for the 83, that would need more convincing & argument to get me to accept those, but chances are good that they’re okay, too…especially if they’re somehow already marked with the voters address…I didn’t quite read much of the linked article.
IANAL, so WTH do I know?

These technically don’t meet the requirement, AFAICT. I’m OK with throwing these out, although it’s kind of a dumb rule and I don’t have strong feelings either way. But if I was the judge in the case and believed that these were truly non-compliant then I guess I would say “no”.

The other 509 all have pre-printed address stickers on the outside of the envelope “near the voter’s declaration”.

So the only issue with these is whether the address was hand-written or on a sticker? That should make no difference at all. The voter provided their address near their signature, asserting that it was in fact their true address. Address stickers should count the same as hand-written addresses. And if anyone has address stamps, those should count too.

My absentee ballot came with a pre-printed sticker already attached to the envelope I mailed back. I didn’t notice if there was a barcode.

If the RNC wins, Trump will count this as one case of proven fraud in this stolen election.

So nitpicky question that IMO makes a difference. Have any or all of these 592 ballots already been counted? If not, then the process is working as it should and there is no fraud or error or evidence of any wrongdoing.

If they’ve already been counted and are included in PA’s vote total, particularly if there is no way to retroactively separate them, then that’s more indicative of an actual problem… particularly the 83 that I voted shouldn’t technically count.

According to the judge

There are 592 ballots which have been identified and segregated.

It’s not clear whether they have been opened. Either way, they can add them to the totals if they aren’t already there, or back them out if they are already in the totals.

This appears to be the relevant section of the law. I think you have to have an address because that’s how they identify which John Smith is voting.

But, the law does not specify “fill out in the voter’s own hand”. So a printed address seems fine. (Unless the instructions on the envelope say something different, in which case there could be an argument on whether the instructions comply with the law.)

I agree it’s a “technicality”. The law has not been explicitly updated for a modern system of pre-printed labels.

The lawyer argues that laws are technical. Failing a law on a technicality is still failing a law.

My question is whether this part of the law is consistently applied across the state? If you want to throw ballots out on a technicality, it should be done state wide and not for only one county.

The law has not been explicitly updated for a modern system of pre-printed labels.

That’s not really all that modern. Regular people owning pre-printed address labels goes back at least 50 years, maybe longer. Maybe not as many choices in terms of vendors / fonts / backgrounds, but they’ve been a thing for many decades.

Also, where is the line? If someone leaves off the word “Street,” is it thrown out? We know the signature is important and there are other identifiers on the envelope (bar code and/or printed address), do they really need a handwritten address?

In the PA Election FAQ, they have a warning about the necessity of the signature, but not about the address. Throwing out these ballots seems like bad faith to me.

I feel we need a thorough investigation into the motives of those questioning the ballots. All those involved from the lawyers to the president need to submit to an examination of their grey matter. Since we haven’t updated our laws with regard to this investigation the proper method is trepanning with stone axe and deer antler. Once they have all been checked we can continue with the technicalities in question.

Also, where is the line? If someone leaves off the word “Street,” is it thrown out?

I would say that it needs to be sufficient that the Post Office would be able to deliver it. That’s based on my personal opinion, not an in depth knowledge of any relevant legal precedents.

I think the motive behind these challenges is the problematic part. If missing addresses were enough to throw out a ballots statewide, then fine. But that’s not what’s happening here. These ballots represent ~600 people who felt strongly enough about voting that they requested a ballot, filled it out, and got it back on time. There is absolutely nothing about these ballots that prevents the polling center from knowing who the voter is, that they are who they say they are based on their signature, and what their desired vote is, yet they may be thrown out based on a dumb technicality that a lunatic has decided to pursue in court even though it doesn’t make any difference in the final result. So gross.

I think the point of the voter putting the voter’s address on an envelope that is going to the state is that the election worker can match the ballot to a registered voter. So the hand written address has to be good enough to make that match.