Stepmoms get a bad rap. Most people are totally okay with it. Why?

Common misconceptions about stepmoms:
(1) They broke-up the marriage between the biological mom and dad and/or are the primary reason they are never getting back together in the future.
(2) They totally want to steal your children.
(3) They expect to be treated exactly the same as if they were the children’s real mom.
(4) They have no idea that they are not the children’s biological parent (and should be told as such).
(5) With or without part (1), they are definitely a whore.
(6) Not a real mom / has no idea what is best for the children.

The reality:
(1) Probably didn’t even know their partner had kids for some amount of time. Had to seriously consider the impact of being with someone with kids from a previous marriage. Knew going in that it would be a clustf@#$ despite doing everything in their power to avoid it.
(2) Likely also have a uterus and could have had/could still have children of their own. Wish people would realize that not introducing other children to the picture makes it easier for the existing children to cope with all the changes.
(3) We actually expect to be treated like dirt by everybody, but it’s a nice surprise when that doesn’t actually happen.
(4) We are fully aware that we did not birth someone else’s children. Unfortunately, just because we did not birth the children, does not mean that we can totally absolve ourselves of the children’s care when they are under our care. Sometimes we do have to feed the kids.
(5) Not a misconception, definitely all whores.
(6) Just as the bioparents were not trained specifically in raising their own children, neither were the stepparents. Everybody is just trying their best to do the best they can. Sometimes beautiful relationships will form between a stepparent and their stepchildren, and sometimes they won’t. Stepparents aren’t obligated to love these kids, they make the choice to.

(2) They totally want to steal your children.

I didn’t specify WHY they want to steal the children (for eating them, obviously).

I think step moms get a bad rep because the children usually are the ones who hate the step moms, so step moms are simply reciprocating.

If my kids hated me and I reciprocated the sentiment, I’m almost 99% sure my husband would divorce me.

In fact, I think you are just describing a situation where the kids just have a terrible father.

In fact, I think you are just describing a situation were the kids just have a terrible father.

Or the father is dead (again…Snow White, Cinderalla)

Mom gotta be dead too in that case.

Hansel and Gretel’s father permitted the stepmother’s plot to kill his children, but somehow still ended up a protag in the end. Women are conniving, manipulative, scheming beings and men are just along for the ride cuz sex.

My stepson calls me mom, his bio mom considers me one of his three parents, and I don’t distinguish him as my stepson unless it’s a situation where it’s necessary info. There may be some conflict as he gets older, but there isn’t currently, and we’re all doing pretty well, considering that the divorce was ugly at the time.

My husband’s kids will ALWAYS be his main priority. A person who would marry another person with children and expect differently is, 1. a bad person, and 2. marrying someone they hope is an equally bad person.

I read this book to my kids sometimes and I always struggle to not insert some notes about the deadbeat Dad at the end, like wtf?! Oh well he finally got rid of the step mom AFTER she (and he) attempted to kill his kids and look at that the kids have arrived back with funds to sustain them all. How about that dad gtfo

I’ve definitely finished that story and told my kids the dad was a bad guy. Interesting convos from the 5yo about that, for sure.

Completely agree, it’s often fun to see what they think, particularly for some of the odd books

Do you have the complete Grimm collection? There are some pretty sick and twisted stories in there. I don’t read most of them to the little ones, but I bought the collection for the 8yo and he’s fascinated by them (he’s always been fascinated by morbid stuff. Not in a serial killer way, just a curiosity thing).

she basically never wanted to see or be with her family ever again, also lost her voice, so that she could be with the prince.

Didn’t get the prince. Proceeded to kill herself.

I have a book of the Grimm collection, although we’ve only read pieces of it. We have a standalone Hansel and Gretel book that we read occasionally when one of them chooses it so I’ve definitely read that one most. Another few they like are variations on old fairy tales, such as… 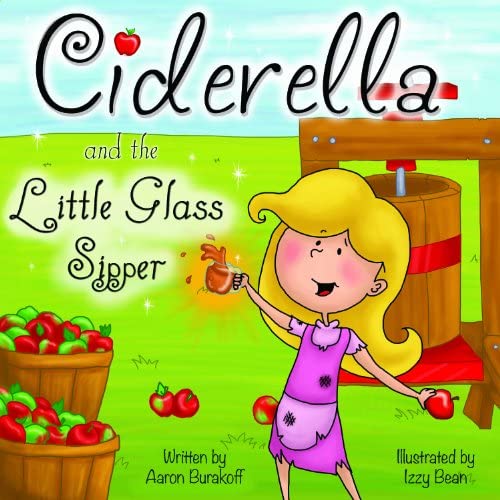 Ciderella and the Little Glass Sipper

Other common ones are different Daniel Tiger books, some Paw Patrol books recently… trying to get them into a chapter book that was read to me as a kid called The Magic Faraway Tree. My 5 1/2 year old is actually into it but I don’t think it has enough pictures for the 3 1/2 year old.