Did anybody else read these opinions? Kavanaugh’s opinion is truly bonkers.

There are now 3 members of Bush’s 2000 legal team in Bush v Gore sitting on the SC. And Yes Justice BeerBro may be even more undemocratic that Roberts when it comes t o voter suppression which is difficult to do.

Anything specific you care to explain?

You mean other than breaking a 200+ year tradition of the SCOUTS not envolving themselves in State Elections?

He sites a source that is arguing the opposite conclusion he came to.

He compares the election in Wisconsin to the election in Vermont which are incredibly different. Vermont sends out ballots to all registered voters at the beginning of October.

he seems to consistently confuse receipt and submission deadlines.

He cites Bush v Gore which was specifically written to not be considered precedence for future decisions.

He compares the election to the tax deadline of April 15. Yet for taxes, you just have to have them postmarked by April 15th.

His back up plan for people who submitted their ballots is bonkers and fantasy.

Its a really bad opinion. Go read it critically. I don’t think anybody can think its a well reasoned opinion. 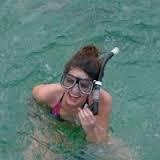 Kavanaugh's concurrence in the Wisconsin case is sloppy AF. (A thread.)

Honestly too many clearly erroneous applications of precedents to quickly summarize.
And that doesn’t include basic facts that he got intentionally mistaken.

His opinion is not defensible with blatant lying.

Just imagine this scenario. It’s April 8th and the SCOTUS rules that if the IRS doesn’t have your tax returns processed by the end of April 15th you will be consider in violation of tax laws and fined for being late. Would you be cool with that decision and think it was a good one?

Maybe he was on his 2nd six pack when he wrote it.

Just imagine this scenario. It’s April 8th and the SCOTUS rules that if the IRS doesn’t have your tax returns processed by the end of April 15th you will be consider in violation of tax laws and fined for being late. Would you be cool with that decision and think it was a good one?

Considering I would have already filed back in Feb, absolutely. But that’s just me. Maybe people have good reasons for waiting until the last minute to do their taxes? I don’t know, never cared to look into it.

Cool. So your political philosophy is that if it doesn’t specifically harm you, then you don’t care at all about the damage it causes.

That’s a trash philosophy in my opinion.

Indeed it is. But I didn’t say that.

What “damage” is it causing, exactly?

the damage it causes.

WRT the IRS filing deadline . . . I’m curious about what damage is caused by enforcing a deadline that is not only well known, but no where “new” and unlikely to change (apart from it falling on a weekend; but even then, it’s well known to then be the following Monday)?

I know that there is a lot to be considered with mail-in ballots.

Maybe because a Pandemic causing increased mail in voting and a post master trying to sabotage the postal system during said pandemic to delay delivery of ballot combined with shut down of many polling places from 4 years ago and reduced the number of volunteers staffimg the polling places still open has something to do with it.

I agree that there is still quite a bit of work to be done with the mail-in absentee ballot topic. I think we now have the computer technology and infrastructure to make something work . . . and have a uniform system in place for all states (at least WRT federal elections).

If people were under the impression that the deadline was for when they had to be postmarked and then it was switched to received just a week before the deadline, that would be a clear problem. The pandemic has further exasperated this problem and should lead additional allowances. There is no reason to not try to count all votes cast in legally in good faith.

Southern states would never allow there to be a uniform federal based system of voting. They wouldn’t be able to suppress votes the way they can now.

And to your other post, that sounds like a prime reason for uniformity across states for federal elections. I think that a simple “if you don’t use a system approved by a (non-partisan) commission, your votes won’t count for federal elections, including Congressional seats” should be enough to get people on board.

Im with you on wanting standards. Its one of the reasons I thought the SCOTUS screwed up really badly when they invalidated large sections of the Voting Rights Act a couple years ago.