So it took Joe Biden 1 day to roll out a National COVID-19 response that Trump ignored for the past 10+ months.

I don’t know if it’s a good plan since I haven’t read the 200 page PDF but scanning the 7 goals of the program it looks like it has a chance for success.

Didn’t want to bog down the COVID sub cat with political stuff so figured this could go here. Maybe use this as a comparison of how Trump handled things v how this admin will handle/mishandle going forward.

Didn’t want to bog down the COVID sub cat with political stuff so figured this could go here. Maybe use this as a comparison of how Trump handled things v how this admin will handle/mishandle going forward.

You could post all the actions the Trump admin took to handle COVID without using much bandwidth.

You mean “It will magically go away one day” wasn’t a good strategy? Who could have forseen that?

Here is a decent timeline of what Trump didn’t do https://www.cbsnews.com/news/timeline-president-donald-trump-changing-statements-on-coronavirus/

And that report ends on April 3.
You will need more bandwidth to cover the 9 months since then.

I take no responsibility.

That should cover April forward

You could post all the actions the Trump admin took to handle COVID without using much bandwidth.

Yes, it would take a lot of bandwidth to cover all the things the Trump administration said, or even actions they claimed to be taking with respect to COVID, but for actions they really took that had any impact on handling COVID. :crickets:

One of my wife’s facebook friends is a doctor with some relevant specialization (I’m not sure on the details). She said yesterday she received an email from the White House related to COVID response, and that she had a tangible feeling of relief knowing SOMEBODY was working on SOMETHING. Because this was the first official federal government communication she had received.

(paraphrasing heavily, since I had this all second hand)

Even knowing what a shit show things were, I’d figured some part of the federal government had been putting out official communications for hospitals/doctors. It’s part of basic emergency response.

This isn’t Biden, but I still can’t believe no one has really figured out why Trump was so dead set against battling Covid with restrictions to social gatherings. Spoiler: it’s because his businesses are all failing due to the hit the hospitality industry faced due to those restrictions. He risked American lives so his hotels would keep generating revenue. 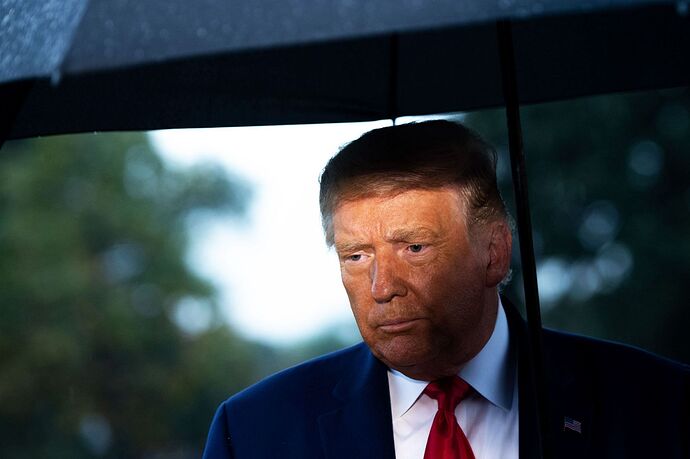 As Trump's businesses struggle, his single most profitable asset is at risk

Vornado's Steven Roth is mulling withholding cash flow from two buildings Vornado co-owns with Trump, which could make Trump sell his stake at a discount.

I’m shocked the Trump would put personal financial gain ahead of the welfare of the country. That’s so unlike him.

I’m just shocked no one in politics or the media called him on it.

Pretty sure there was plenty of coverage of his businesses losing tons of money due to the lockdowns. Not too hard to connect those dots imo.

One theory I heard was that since COVID deaths had more of an impact on urban areas, which tend to be heavily democratic, it was a GOP strategy to let people die so that their polling numbers would look better. I know, seems far-fetched, but not that much more lame-brained than “Stop the Steal.”

I love how the topic of this thread is “COVID and Biden Administration” and yet people are almost exclusively still talking about Trump.

Someday, you have to turn the page.

Someday, you have to turn the page.

So you walk into this restaurant strung out from the Trump…

But, you know, it’s true. There’s SO MUCH Trump fatigue. And what’s Biden done so far? Boring, reasonable things.

There’s probably other stuff I haven’t been following. But that’s all boring, “looks good” stuff. What’s to talk about?

I guess if anyone has a nice juicy link to a good summary of the current federal program, that would be nice to post.

This thread was ostensibly intended to be Biden-specific, but it is clear that most posters are more interested in looking backwards than they are about what can be done moving forward.

More like people respond to the last post rather than the thread title. On mobile, you can’t even see what the thread title is unless you scroll all the way to the top, or reply… in which case you can see the first few words of the title above the reply box.

I don’t generally read carefully the thread titles when clicking to the next unread thread, I’m just reading the next unread thread. I don’t even bother with categories when I come here, I just click through what’s new and unread from my last visit. The software is really tuned to that type of reading.

Bump, to note what the Biden’s CDC is doing.
First up: unearth just who was authoring a few CDC-website-added documents. 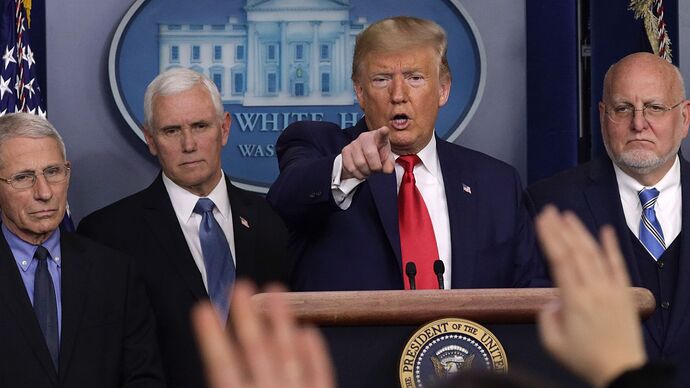 Not all guidance released by the CDC during the Trump administration was based on the best scientific data or authored by its staff, the agency’s review...

One of the documents, “The Importance of Reopening of America’s Schools this Fall,” was posted on the CDC’s website in July and quietly removed in October. Its removal followed reports that White House officials had relentlessly pressured the CDC to play down the risk of sending children back to school.

“Reopening schools creates opportunity to invest in the education, well-being, and future of one of America’s greatest assets ― our children ― while taking every precaution to protect students, teachers, staff and all their families,” read the article. Its author is not listed.

Anyone believing this shit needs to think a little harder next time.

It had been previously reported that White House officials within the Trump administration had pressured the CDC to alter its COVID-19 information in ways that would reflect well on then-President Donald Trump. There were also reported efforts by Trump’s staff to delay or altogether stop the release of CDC reports.

Olivia Troye, who served as an adviser to Vice President Mike Pence for two years before resigning last August, has said she was repeatedly asked by Pence’s chief of staff, Marc Short, to pressure the CDC to produce more reports that showed a decline in COVID-19 cases among young people.

Seems like Florida is starting to look a lot better to many people across the nation. Numbers no better or worse than average on the Covid front, but they have a booming economy, a growing economy, and a governor getting more popular by the minute. Did some restrictions go too far? Were some of them meaningless?

I think what this shows is that by and large 98% of Americans did exactly what they wanted to do except for being forced to wear masks. It’s going to be interesting how opinions shake out over the next decade with regards to the Covid response. 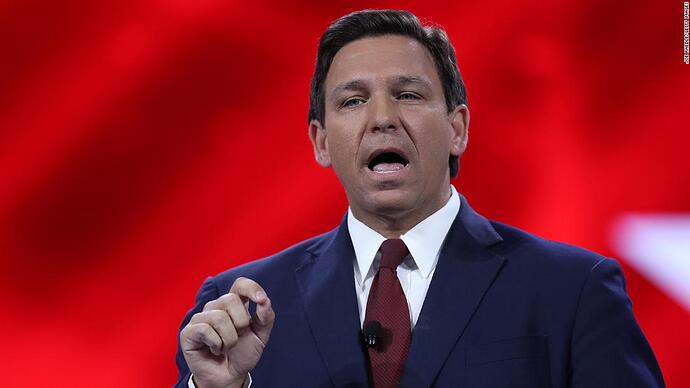 A year into the pandemic, Florida is booming and Republican Gov. DeSantis is...

After a year of criticism by health experts, mockery from comedians and blistering critiques from political rivals, Florida Gov. Ron DeSantis is standing unabashedly tall among the nation's governors on the front lines of the coronavirus fight.