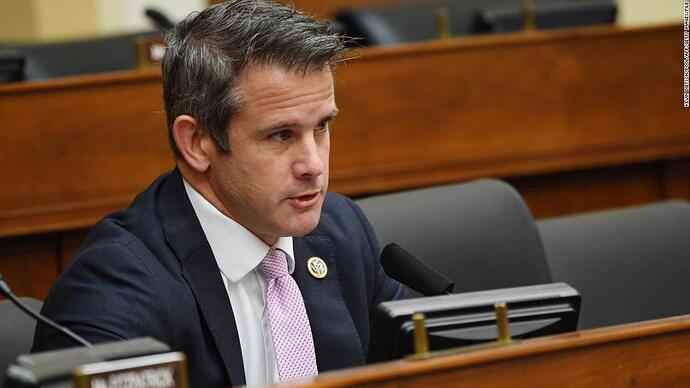 GOP Rep. Adam Kinzinger on Sunday announced a new "movement" to push back on the Republican Party's embrace of former President Donald Trump and retire the "poisonous conspiracies and lies" that defined his administration.

Watched a few of his interviews in the last 24 hours - the honesty is refreshing. I hope he does well but seems more likely he gets pushed out of the party.

Kinzinger will never do it, but he might as well bail from the party and go independent. Otherwise, given the relative shitshow that is the Illinois Republican Party he’ll get a primary challenge from some shitty candidate in '22 and that person will probably get 40-45% right off the bat.

Conregresscritters will determine their positions in the GOP based on their constituents and their P(win). Which side of the GOP is the majority of their District’s GOP base on. Need to win the primary first, worry about the General later.
Guessing Kinzinger’s seat is pretty safe.

His district is the area of farmland outside of the Chicago suburbs. He had a Trumpkin challenger in 2018 but still got 2/3 of the vote, so he seems pretty popular there. He did not have a challenger in 2020, but does for 2022. I am not sure any seat can be considered safe.