Corporate Tax Rate Should Be 0%

I heard this statement in another forum recently and the more I thought about I agreed. Basically the poster posited corporations do not pay taxes no matter what the rate is. It’s always passed on. The person posting this thought also agreed that capital gains should be taxed the same as income which is important as I will lay out below.

My thoughts went back to the Trump tax cut and what my employer (Humana) did with the extra money from the decreased tax rate. They invested 1/3 in employee compensation, 1/3 in premium reduction, and 1/3 in shareholder rewards by increasing the dividend rate. This basically means that corporate taxes are paid by employees, customers, and shareholders and not the corporation themselves. So employees lose compensation andustomers pay more for products and services. If capital gains are taxed the same as income that should offset the loss in corporate tax revenue. So basically the money lost in taxes is all going to lower consumer prices.

Of course this does not hold up for monopolies or well branded corporations, but the government’s job is to ensure competition and well branded products should be rewarded more for their hard work.

What day you actuary folk?

If capital gains are taxed the same as income that should offset the loss in corporate tax revenue.

You would need to fix how capital gains are taxed - not just the rate itself, but the numerous ways they are passed on and never taxed.

My thoughts went back to the Trump tax cut and what my employer (Humana) did with the extra money from the decreased tax rate. They invested 1/3 in employee compensation, 1/3 in premium reduction, and 1/3 in shareholder rewards by increasing the dividend rate.

The tricky bit is because the dollars do eventually end up with people you end up taxing the gains twice which is why I can see why a corporate rate would be lower than simply personal income. But if you set corporate rate to 0% then you’d incentivize people like doctors to set things up at a corporation rather than partnership and they can keep as much earnings as possible in the corporation to avoid tax.

Corporations are people and people should pay taxes.

What if we only had a national sales tax (NST), and no corporate or individual income taxes?
2020 GDP was about $21T. 2020 Tax revenue was about $3.5%.
That would suggest a tax of 16.7%.
But, we wouldn’t want to make the tax oppressive to lower income people so we don’t tax groceries and items of clothing under $X (maybe $50, subject to adjustment over time)

So let’s say the tax is 20%. I suppose exports wouldn’t be subject to the tax, so there would need to be some measure of tax evasion prevention. But it would simplify things greatly. No more TurboTax, IRS becomes a fraction of its existing self. Gas of course would now be effectively $5/gallon instead of $4/gallon and my new car would cost $30K instead of $25K - people might want to buy cars in Canada and drive them down, there are still some problems but I would value the simplicity.

Instead of paying $10K to Uncle Sam via my paycheck, I would pay it to Uncle Sam in the form of consumption: gas, eating out, hotels, cars, entertainment. A person could control their tax a bit with lower discretionary spending. Conceivably the price of things could come down pre-tax since the corporations aren’t paying tax which would help offset the shock of the NST.

Wouldn’t the $'s have to come.out of the corporation at some point though? Either by sale or disovling the corporation and it’s assets. At that point capital gains taxes would be claimed right?

I don’t know how corporations make money with double taxation.

Also, the history of the federal income tax is somewhat enlightening, IMO.

Then they should stop making political contributions and discriminating based upon religious grounds.

With a zero tax rate, corporations would hoard their cash while waiting for a new tax regime to distribute it to shareholders and executives. IMO, to tax income effectively, you need to tax it when it’s made, not give people years to find loopholes. I’d keep the corporate tax rate near the individual tax rate, but count dividends paid to US taxpayers as a deductible expense.

So basically the money lost in taxes is all going to lower consumer prices.

I don’t think your one company is representative of all companies. Sometimes only the shareholders win.
Also, other forums are filled with idiots.

What say you actuary folk?

(fixed the typo)
Yeah, this has always been the case, that corporate taxes are paid by the customers of the companies (well, as long as there is a profit – sometimes accountants are highly paid to prevent paying the taxes). So, might as well use a sales tax.

What if we only had a national sales tax (NST), and no corporate or individual income taxes?
2020 GDP was about $21T. 2020 Tax revenue was about $3.5%.
That would suggest a tax of 16.7%.
But, we wouldn’t want to make the tax oppressive to lower income people so we don’t tax groceries and items of clothing under $X (maybe $50, subject to adjustment over time)

No, don’t start exempting shit.
Just raise that tax rate and give a flat amount of rebate per US citizen (sorry, illegal immigrants).
Heck, I’m surprised no one has ever thought of this in the last, oh, hundred years. 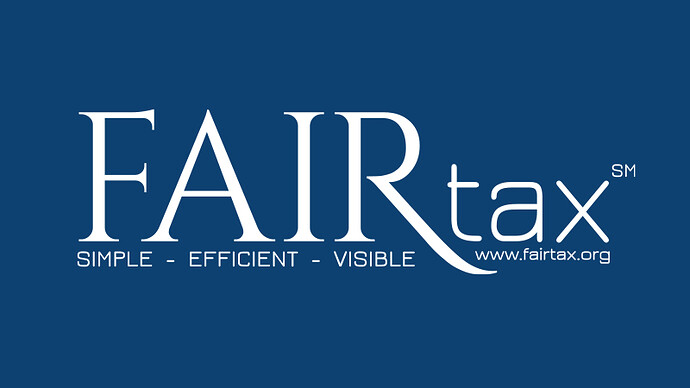 (Too bad they think Trump is/was the answer to this. Four years and he did shit.)

Anyway, I think a slow conversion over 20 years should do the trick. Shocks to the economy only enrich the wealthy.

You’re assuming that all the stockholders of “US” corporations pay US income tax. That’s not true. About 1/3 of the stock is held by foreigners. Some is held by non-taxable US interests.

And, you’re assuming that corporate profits are paid relatively soon as dividends or taxed capital gains. Again, not true. Absent a corporate tax, corporations are tax shelters of unlimited size and duration.

Note that most US corporations are S-corps. They are already pass-through entities. But, S-corps are limited to US stockholders and usually natural persons.

Here’s my recommendation for C-corps. The corporation calculates its taxable income and sends 30% to the IRS. The corporation sends 1099s to the shareholders and the IRS that give each shareholder’s portion of the taxable income and of the taxes already paid. Individuals enter the income and withheld taxes on their returns, just as they would for wages. They’ll get refunds if their marginal rates are less than 30% and will owe extra tax if their marginal rates are above 30%.

This means that foreigners and non-taxable entities continue to pay some corporate income tax as they do today. That is a good result to me.

This basically means that corporate taxes are paid by employees, customers, and shareholders and not the corporation themselves.

It’s a certainty that corporate taxes are ultimately paid by natural persons somewhere. Which persons is open to a lot of debate. I think the conventional wisdom is still that in a closed economy, corporate taxes are ultimately paid by all owners of capital. But, in an open economy, where some (definitely not all) corporations can more work across international borders, some of the tax is borne by workers. Estimates of the ratios vary greatly. I think the CBO is using 70% to owners and 30% to workers. But, … ?

I don’t think there is much argument in favor of “paid by customers”. I Googled once and got a single paper on some German municipal taxes that I thought were more like sales taxes.

In practice, it wouldn’t be a national sales tax, it would be a value added tax. At least, that’s what other nations have done. The issue is that, even though the VAT looks more complicated, it is harder to evade.

We can also imagine that the VAT will be very simple because everything will be taxed the same. But, the army of lobbyists who currently push for special deals within the FIT will be pushing for special deals within the VAT. You already mentioned one. The FairTax people want to exclude “educational expenses”, would that include the PC my nephew bought that is sized for gaming? etc.

Have you heard of step up in basis? Or funding trusts with appreciated assets?