But yeah, adding walnuts would help too.

So, now we are going to switch the government expense from moving people out of the region to subsidizing almond farmers to no longer grow almonds?

Switching crops is not the solution in that region.

And, would the end of almond farming even put the region and water system back into a healthy equilibrium or would it just be kicking the can down the road?

I certainly wasn’t suggesting that. I was proposing a steep export tax to drive down foreign demand for CA almonds.

In general I don’t believe in long term subsidies to not grow crops. Maybe as a temporary price stabilization measure, but certainly not as a permanent thing.

But what we’d be hoping for in CA is a long-term (permanent?) decrease in almond production as they cannot sustain such a water intensive crop.

Alternatively if there’s some way to grow almonds with less water, then great. I’m assuming that people who know more about it than me have already looked into this possibility.

I suppose it would be sporting to offer some sort of assistance for a portion of almond farmers to switch to something else but that would be a one-time expense. I don’t know how hard it is to switch from almonds to, say, alfalfa or olives.

Don’t know either but some other crops like alfalfa are also pretty water intensive. But almonds are a popular crop in CA for their profit margins and the fact that and orchard has about a 25 year productive life span. But many orchards are being left to die as water becomes more scares and expensive due to severe drought in CA

The problem is that nothing should be grown in the desert.
It is the fucking desert, afterall.
This area only became “viable” crop in California decades after the Hoover damn was built.

This is not farmland.
Nothing should be done for the idiots that chose to invest in agriculture in the desert.
Other than having their theft of water cut off.

I don’t know if I’d express that view too loudly if you’re ever in the CA Central Valley.

Don’t know either but some other crops like alfalfa are also pretty water intensive.

I’m hardly an expert, but I’ve read that this is dependent on the metric because the yields per acre are so much higher than most other crops, especially in warm climates.

But I think if you don’t correct for yield in any way and look only at gallons per acre then it’s pretty high, so it maybe wasn’t a good example on my part.

A fair bit of California’s alfalfa goes overseas too, doesn’t it?

It’s mostly used for live stock feed I believe but I’m no farmer.

What made CA ideal for Almonds though was the climate, minus the pesky water shortage.

That’s true for … well pretty much everything they grow.

The problem is that nothing should be grown in the desert.
It is the fucking desert, afterall.

That’s actually WHY it’s such valuable crop land. Lots of sunlight. And no pests. You can grow stuff “organically” in CA because there are no wild plants hosting diseases, insects, or heck, larger pests. Even if you don’t want to brand your stuff as organic, you don’t have to pay to spray it, you don’t even need to fence it to keep out deer and rabbits. And all that sunlight for the plants to “eat”.

It’s mostly used for live stock feed I believe but I’m no farmer.

I can’t think of any other possible use for it.

Alfalfa sprouts was really popular around 20 years ago but I don’t see it as much anymore. Perhaps there were too many cases of food poisoning.

Maybe. I really like alfalfa sprouts in salads or even on sandwiches, but yeah, I don’t even see them in the store anymore.

I once threw alfalfa sprouts on the floor of a restaurant after specifically asking them to be left off my sandwich. Not one of my prouder moments.

Well that would be annoying. Maybe I should try that with pickles.

I used to get a toasted bagel & cream cheese with sprouts for lunch occasionally at the deli across the street from my office. A long time ago. (Putin was in power, that’s how long ago it was… oh wait…)

(Putin was in power, that’s how long ago it was…

So, during the Trump presidency?

I recall sitting in that deli with a couple who’d recently completed their masters degrees in International Studies and the guy had concentrated on Russia and he was telling me what a bad guy Putin was. Probably early 2000 when that conversation took place. 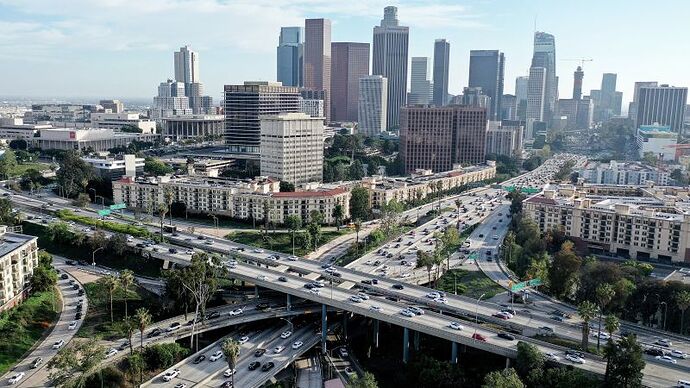 A disastrous megaflood is coming to California, experts say, and it could be...

A new study by the journal Science shows climate change has already doubled the chances of a disastrous flood happening in California in the next four decades. And experts say it would be unlike anything anyone, alive today, has ever experienced.

AAAAAAAAUGHHHH!!! THE FLOOD IS COMING!! IT’S…

What, some time in the next 25-50 years that likelihood has increased??