Church and State: are these the right questions? 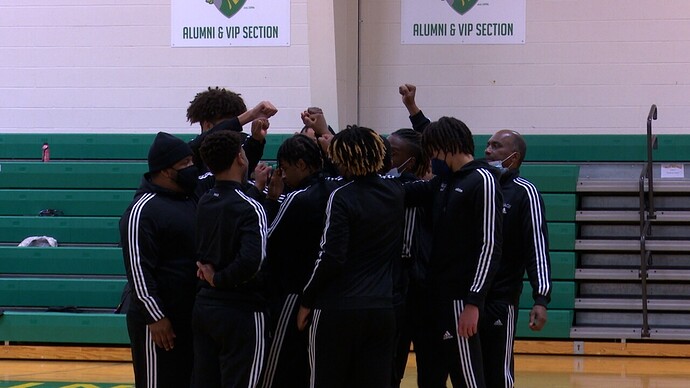 Gov. Kay Ivey has issued a demand for answers from the Alabama High School Athletics Association after a Huntsville high school basketball team was forced to forfeit a tournament game over their re…

tl; dr summary: a high school team in Alabama had to forfeit their playoff game because state athletic association officials scheduled their game during their Sabbath, so they couldn’t / wouldn’t play for religious reasons and forfeited.

Alabama’s governor sent the association some questions about it, mostly good questions, IMO, but including these.

In addition to the “percived” in the first question, does the second part of either make sense? If the officials were NOT aware of how the treatment would be perceived, should it have been a factor in the decision?

There was another game, same round, of the tournament scheduled after the end of the team’s Sabbath. The article says " Another pair of teams in the [division] were already scheduled to play at that time, but both teams agreed to switch their time." Assuming that both teams scheduled in the original time slot and Oakwood’s scheduled opponents were willing to switch, it seems terrible that the association did not approve it.

As a BYU fan, and with BYU having a “no sunday play” policy, there are a lot of scheduling issues when it comes to accommodation. I think first and foremost it is on the school to make aware any scheduling limitations ahead of time to the governing body. If it is not unreasonable to accommodate then it makes sense to me to accommodate it. In this instance with the teams from the 7:30 game reportedly agreeing to start at 4:30 that day so that this team could play at 7:30, that seems like reasonable accommodation that would harm no one. Now if the request for this change was made close to tip-off or in a short time frame that muddies things.

For BYU - March Madness specifically accommodates this and places BYU in a Saturday only bracket, but will drop them a seed to make it happen if they need to. Not all sports do this, and BYU has forfeited in the Rugby championships before.

I guess I think it comes down to - the school should not expect to have their beliefs conformed to for the tournament, but requests with reasonable lead time with no major changes to the format should be allowed.

I think the second part of the question is getting at “why wasn’t this a consideration?” Or put another way, “why did you ignore this? was it because there’s nothing in ‘writing’ to say that you should consider it?”

I agree that it wasn’t worded in the best possible manner.

What a way to put a huge stain on the other team if they win the tournament.

If the officials were NOT aware of how the treatment would be perceived, should it have been a factor in the decision?

I guess because they should have been aware / considered it?

It’s awkwardly worded, for sure.

I agree with MayanActuary that if the scheduling folks are made aware of religious limitations well in advance then reasonable accommodations should be made, and NCAA/BYU has laid what seems like a reasonable precedent.

I know with religious scheduling needs in the workplace (religious holidays, sabbath observation) the requirement is that requests be honored except where there’s a legitimate business need to not honor them. Seems like the NCAA has a pretty similar approach and that all seems quite reasonable to me.

Yes, it’s awkwardly worded, but i agree that the thrust of the question is “guys, you should check these things”.