Chad's president is killed, US citizens urged to leave 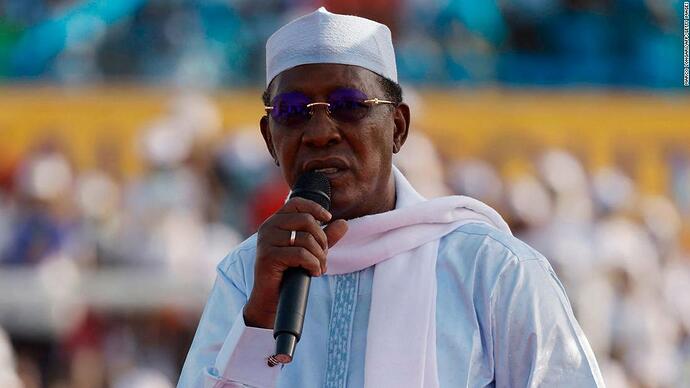 Chad's long-serving President Idriss Deby has died from injuries sustained in clashes with rebels, the army said in a surprise announcement Tuesday, plunging a volatile region deeper into crisis.

They probably mistook him for Idris Deli and his $100m fortune

Biggest landlocked country in the world outside of Asia, I think

It used to be Sudan until South Sudan split off

Huh? Sudan is on the red sea.

Oops, I forgot there’s that little bit of it that is on the Red Sea. I forget what it was, then, it maybe was the biggest country by area in Africa? I can’t remember if Algeria was still bigger.

Not only is it the biggest landlocked country in Africa, it’s also the most confident one.

Chad: The African country with the White-Privilege name.

There’s also the Karen people on the border of Myanmar/Thailand. I stayed in one of their villages once.

Also Chad was one of the two countries featured in the movie Cats & Dogs (along with Uruguay).

OK, yeah that’s what it was, Sudan was bigger than Algeria before South Sudan broke off.

in the 2000 US presidential election there were so many votes for Chad, they decided to form their own country