Interesting article here. I love the idea, but no shot Joe Machine is voting on that. It would be an exceptional piece of legislation if they passed a carbon tax though. I think that 1/2 solves our single biggest problem. 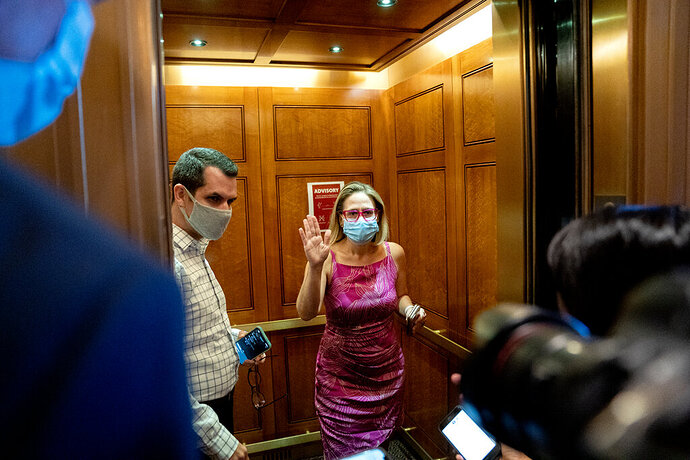 I have long had concerns with the practical application of a carbon tax. The initial thought I always have is, “how will this get passed to consumers?” because ultimately, corporations don’t pay taxes. Consumers do.

I think carbon tax is an easy way to avoid actual enforcement of EPA guidelines, which way too often are flouted with little punishment or excused in way too many situations at the expense of individuals living in the areas exposed to that pollution. But, in the end someone gets to say we did something, so I feel good about myself even if that something is really nothing.

Which brings me to the bigger question: what exactly is this intended to do? If it’s trying to reduce pollution, do we have existing tools that we can use? If not, do we really need to go to a carbon tax? Will that money raised actually be used to solve problems being caused by climate change, or will it go into the usual slush fund to be pissed away on all kinds of other crap having nothing to do with climate change?

Which brings me to the bigger question: what exactly is this intended to do?

or will it go into the usual slush fund to be pissed away on all kinds of other crap having nothing to do with climate change?

If I were doing I carbon tax, I’d rebate it on a per capita basis.

If the idea is to reduce carbon emissions, a carbon tax is the most efficient way to do it. People will make the choices that work best for them – i.e. least loss in utility per unit of carbon reduction.

what exactly is this intended to do?

Like all vice taxes it’s supposed to reduce the use of carbon.

The costs should be passed to consumers. That’s the point. If you drive an old SUV and eat 5 lbs of beef everyday you should actually pay for the damage you’re causing.

It’s also just incredibly stupid that any of us learn things like the carbon emissions due to delivery trucks between Amazon warehouses in Iowa, or carbon emissions of cows vs sheep. That’s what the invisible hand is for.

Well yes, I get that, but how realistic is that? Some activities are going to require the use of carbon; are we taxing everything from ground-up, or are we granting allowances? Is the system of credits that’s oft-proposed able to be gamed? Are those credits able to be generated such that the short-term damage inflicted is immense but at zero cost and the long-term gains may take decades to realize, if they’re realized at all?

I’m trying to avoid the situation where because there’s not a “good” answer to everything, the entire idea is flawed and should be ignored, but I do think there’s a lot of things in the idea where assumptions have been made to be true and conclusions drawn accordingly, and no one has thought down the what if it’s not right? path or tried to think through unintended consequences.

Are you saying that we could have a carbon tax and still have specific regulations/subsidies for a few unusually low hanging fruit. I guess I’d have to look at examples. The obvious possibilities are funding research/“infant industries”. I’d hope those special cases are few and obvious because laundry lists of those things are terribly inefficient.

How much carbon we’d cut depends on how high the tax is, and the perceived permanence.

I’m probably saying something like that. Not that I have examples that stand out here, but I could also carry this to the other extreme and say no matter what you do to offset carbon usage, you’re still introducing carbon to the environment and so is there really a savings to be found?

no matter what you do to offset carbon usage

I’m not sure how “offset carbon usage” got into the discussion. Maybe some background would help.

I’m probably saying something like that. Not that I have examples that stand out here, but I could also carry this to the other extreme and say no matter what you do to offset carbon usage, you’re still introducing carbon to the environment and so is there really a savings to be found?

It sounds like you’re learning how economics works in these posts, and maybe you should just think some more about it.

Essentially, yes, whenever you want to do anything-- build a house or travel across the country, there’s costs involved. By adding up the costs, you can pick the best option. The best option is the one with the lowest total costs. Carbon emissions are part of the cost of doing a thing. Carbon taxes allows you to.accoubt for that cost when you decide how to do the thing you want (eg. wood or stone? fly or drive?))

The goal isn’t to eliminate carbon emissions, it’s to make people and businesses cost-conscious about them.

The goal isn’t to eliminate carbon emissions, it’s to make people and businesses cost-conscious about them.

This. Currently there is no cost to put out CO2 and heat the Earth so people do it freely with no concerns. A tax makes people pay for the ability to heat the Earth. Is it worth it still when you have to pay? For some it will be for others it will not be, thus CO2 emissions will go down.

Enough to make the impact you seek? If not, the only people you hurt are those least able to pay the tax and people will be saying “Why did that wealth gap increase again?”

Enough to make the impact you seek? If not, the only people you hurt are those least able to pay the tax and people will be saying “Why did that wealth gap increase again?”

Would you rather tell your children:
College is free, don’t worry about the money.
I will pay 2/3rds.
I will pay half the cost.
I will pay nothing.

The first example would be zero carbon taxes.
The last example, the “people” will complain about the wealth gap.

Taxes don’t just get straight passed to consumers, it depends on how elastic the demand is, by the way. If you’re not that bothered to buy the carbon-heavy thing they might not be able to pass any of the tax onwards.

But agree that it being passed along isn’t inherently a bad thing, the entire point is to better align the total costs with the activity.

College is optional. Using energy is not. If you’re going to make an analogy, use food as the substitute for carbon output instead of college.

Those with the ability to pay will still eat, and they’ll probably eat well. Those without the ability to pay will starve. You have to let them starve because the goal is to reduce overall food consumption (i.e., carbon output). Go ahead and implement your program, I won’t stop you. If it doesn’t reduce overall food consumption by an amount significant enough to reach your primary goal, all you’ve done is starved some poor people. Even if you do reach your primary goal, the greatest impact is still felt by poor people.

And it’s not a free college thread.

Using energy is not.

Most energy usage is optional.

As a developed nation I suppose we could consider heating our homes to 65 degrees in winter and cooling them to 80 degrees in summer to be non-optional.

But most of us non-Manhattanites live in fairly large homes, and commute a fair distance to work, and own more clothing and other goods than we really need, even to live a middle class lifestyle… which is itself non-essential.

I don’t need to watch TV or play video games… I could play Scrabble with my husband or solitaire when he’s traveling and save energy.

I have way more lights in my kitchen than is necessary to cook, and I could get by without the freezer in the basement.

I did not buy the most fuel-efficient car on the market and I do not walk the four miles to work, even though I could.

I mean, I use WAAAAYYYYY more energy than I absolutely need to, and I suspect you do too.