Deserves a thread of its own.

First up Caitlyn Jenner, who claimed she didn’t vote in 2020. The records indicate otherwise. Was she merely answering the question regarding Election Day? Her answer half-explains that, saying it’s a waste as a Republican to vote in CA, then going on to say that she golfed that day.
I mean, I did not vote on Election Day. I voted about a month before. So, I think, did most people in CA.
Or, did someone else cast her ballot?

Wondering what the Occam’s Razor is here. Maybe she merely forgot that she voted. She is old (older than I, so, pretty old). 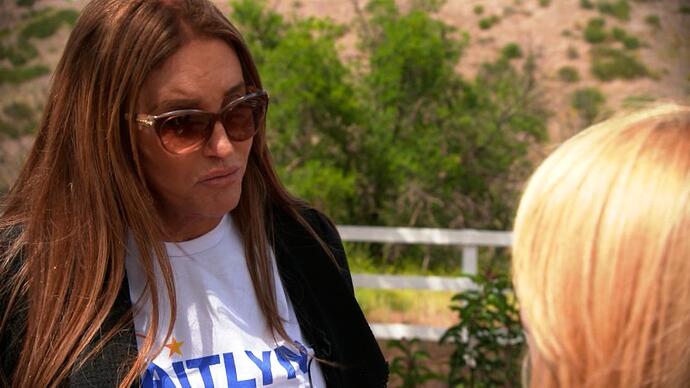 Caitlyn Jenner voted in 2020 despite telling CNN that she didn't

California recall candidate Caitlyn Jenner told CNN in an interview that aired this week that she did not vote in the 2020 election, but public records from the Los Angeles County Registrar-Record show that she did cast a ballot in the contest.

Looking at a CNN article, sounds like she skimmed the propositions, voted on some of them, left a bunch of voting opportunities blank, like President. Sent it in some time before Election Day, golfed on Election Day.

There’s some guy with a live bear (apparently a Kodiak bear, not a bear naturally found in CA) claiming he’s the beast (Newsom is the beauty), and that people must choose between beauty or the beast, because, of course that’s what that fable is about.

Anywho, Newsom won’t be recalled so the other candidates are moo.
I’m looking to see if Newsom is a candidate on the recall ballot, or if he’s allowed to be. He really should try to get on the ballot, so he could get recalled but then re-elected.

Who would want a governor that doesn’t vote, anyway?

What are the current thoughts? Is it time-up for Newsom? Caitlyn Jenner seems to have not mounted much of a campaign. Larry Elder on the other hand… is the “Sage from South Central” going to be the next governor?

We sent in 3 No ballots from our household but I read somewhere only about 24% of ballots mailed out have so far been returned.

Either enough Democrats return their ballot and Newsom stays, or we get a minority governor who gets about 25% of the ballots returned.

It’s stupid fucked up system we have in CA. It should be a successful recall moves the Lt. Governor to Governor but nope, just whatever rando gets a plurality of votes.

I’m kind of surprised the legislature didn’t try to change it under Brown after the Davis recall but I think it’s in the State Constitution and not that easy to change.

So if we wind up with roughly 40% turnout and Elder wins with 25% of the vote we’ll have a Governor that about 10% of Californians voted for.

I think the CA recall process needs to be fixed, so that a bunch of jackasses cannot simply get signatures for a recall AND vote in someone that gets fewer votes than the number of people who voted against the recall. Lt Governor should become Governor instead.
I’m not sure why the Dem-controlled state government hasn’t already tried to. Or, make a proposition. 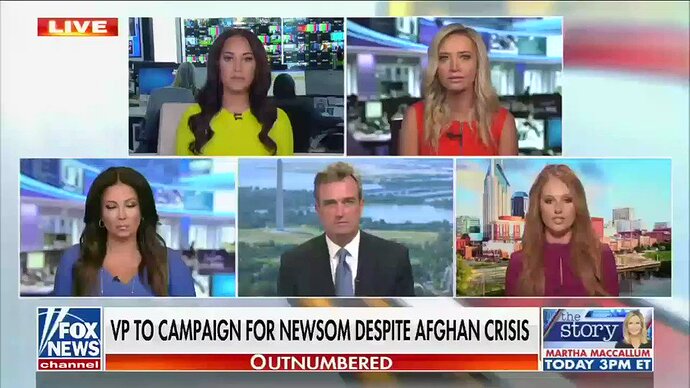 @LisPower1
Fox hosts and personalities are already setting the stage to blame voter fraud if Newsom prevails in the California recall -- it seems like this is now the right-wing media playbook for every election Lahren: "The only thing that will save Gavin Newsom is voter fraud" https://t.co/6OvTlnb9MU

I’m curious - In CA, what happens if the governor resigns (similar to Cuomo)? Does the Lt. Governor become Governor?

If yes - how is a new Lt. Governor selected?

If yes - might Newsom fall on his sword just before the recall election and allow the Lt. Governor to become Governor thereby keeping Larry Elder from the position?

The lawsuits resulting from such an action would be EPIC.

BTW: Love the fact that the same people who talk about direct democracy and will of the people are now upset about this process available for voters to act directly against an unpopular official and asking why it hasn’t been “fixed”. SOS I suppose. We want what’s best for “the people” as long as our party is in charge.

So 12% of voters can decide there should be a recall. OK, seems like a really low bar to have a recall. Should probably be closer to 30 or 40%

Then if less than 50% of the voters think he should keep his job the Gov is fired. This part is fine.

Then the person with the plurality of votes, even less than those who wanted to keep the Gov wins and becomes Gov. (This is the part that is monumentally stupid and undemocratic.) Now if they changed the 3rd part to something much better then maybe it works.

At least in the prior recall Davis only got 45% of the vote and Arnold got more than 48% of the vote. So he at least got move votes than Davis. This time Newsome is likely to get between 45% and 55% of the vote while the “Winner if he’s recalled” is expected to get less than 30% of the vote, possibly less than 25%.

First thing that would happen with the current process is that there will be a recall vote for the next governor, regardless of political affiliation.
I think that is obvious, except for the fact that one side is not as petty as the other.

I don’t mind having some recall process. But this one is anti-democratic. And I think that is also obvious.

Exactly how is it anti-democratic?

Exactly how is it anti-democratic?

Eh, that’s an apples to oranges comparison though.

50.1% said “anyone but Newsome” knowing that their first choice candidate may well fail to get a plurality. And yet, knowing that, they said “Newsome is so bad he’s got to go even if my guy also loses.”

Like, suppose we could recall Presidents in exactly the same way that California recalls Governors. And suppose that the Dems floated a proposal to recall Trump in 2018 and anyone who met a threshold in the 2016 primaries was automatically on the ballot

So then the vote totals come out:

Are you arguing that Trump should stay president in such a scenario because 45% > 30% ?

I would even posit that the Republicans would have a point in being upset about Clinton becoming POTUS since Republicans got more votes than Democrats. But if you were a Republican who voted to recall Trump… you did so knowing full well that the most likely outcome was getting Clinton instead. Your vote to recall Trump essentially said “Trump is so bad that even Clinton would be better”.

BTW, I am not defending CA’s system as optimal. IMO they should have you rank at least three choices and reallocate votes as candidates are eliminated. 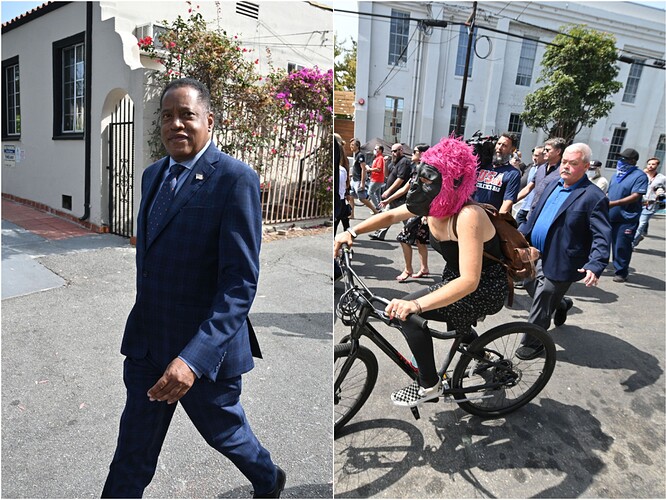 Video of Larry Elder being egged by woman in gorilla mask viewed 3.5 million...

The Republican hoping to unseat California Gov. Gavin Newsom said the "intolerant left will not stop us" after the incident at a homeless encampment in Los Angeles.

I wonder what the reaction to a gorilla mask at a Stacy Abrams event would be. Actually I don’t. I know and I support such a reaction. I would like to see a similar reaction to this event. That’s truly despicable behavior and needs to be loudly and widely condemned by all sides.

…and that’s what I’m not seeing

I don’t know whether or not it meets hate crime statutes, but the woman should be prosecuted