I picked 3S at matchpoints and 4S at IMPs.

3H was worth 50 at watchpoints and imps. 4S was worth 40 at each (the only choice worth 40). At both scoring, 3H had a majority of panelists and 4S had a plurality of solvers. 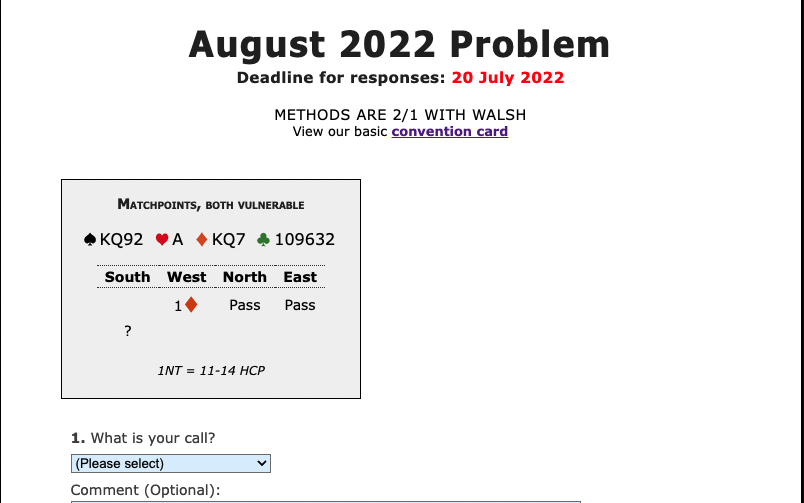 Hard to imagine anything except 1S or 1NT, maybe 2C is not totally off the wall since it is our longest suit. Leaning toward 1S since I don’t want to tempt partner to bid hearts.

I’d probably bid 1S also, and I agree that 1N is the second choice. However, my third choice would be double (planning to rebid 1N over 1H). Upgrading due to the good controls and the singleton makes more sense than bidding 2C.

I would have bid 2C before reading your responses.

In terms of calls that should be in the running, we’ve mentioned four of them. I’d put pass fifth, but if you reversed the majors I might well put it first.