Boycotting American companies that continue to do business in Russia

It may be more “chicken”-y compared to other chicken sandwiches, but I like the other ones better still.

I’m still looking for that to-die-for chicken sandwich. Chick-fil-a is probably in the top 5 though I don’t really rank among them.

I used to respect you.

What happens if McDonalds drops its business in Russia?

The stores are still there, the equipment is in them, the local supply chains are established. The local employees simply continue doing business, they just don’t send any money to McD.

Pretty soon, some level of gov’t decides the business has been abandoned, confiscates it, and (if they are smart) let the experienced employees run it for profit.

The impact on Russians is small. It is favorable to whatever gov’t confiscated the business. The customers may be a little more critical of the food/service because they know that McD isn’t checking on them.

That said, I still want McD to drop out of Russia. Take the loss. Don’t lobby congress to renew business connections. Next time, watch the politics more closely. I think a full break is the only way forward with Russia.

Things are moving fast. This story is just 2 hours old

DETROIT – McDonald’s said Tuesday it is temporarily closing all of its 850 restaurants in Russia in response to the country’s invasion of Ukraine.

The burger giant said it will continue paying its 62,000 employees in Russia “who have poured their heart and soul into our McDonald’s brand.” But in an open letter to employees, McDonald’s President and CEO Chris Kempckinski said closing those stores for now is the right thing to do

My guess is they’ve been following the GoActuary board and decided it was time to move.

For the first one, do we care who all the shareholders of a public company are, and what they donate their capital gains on? We don’t.
For the second one, the way to lower that one person’s offensive donations is to lower the profit of his company. At least, one can feel happy inside about it.

Also, it seems taking money (that is what the profits are) out of the Russian economy would hurt Russia more than closing their businesses (but still paying employees, and those losses are effectively going into the Russian economy) and forcing Russians to eat elsewhere. How important do these companies think they are?

McDonald’s said Tuesday it is temporarily closing all of its 850 restaurants in Russia in response to the country’s invasion of Ukraine.

Can we get this guy a #1 Boycotter badge?

Boycotting companies for politics is stupid because you could always find a reason to boycott anyone. The Chic-Fil-A example above is a good one. Maybe you don’t like their CEO’s

companies owned by individuals or families are different IMO. someone metioned the mypillow guy as another example.

I agree that “getting out” means leaving assets behind that will probably benefit the gov’t somehow.

But, getting out and taking a loss also means you aren’t likely to go back the first time there seems to be a little “thaw”. I think that’s a good thing.

Now I wonder how things will go when PROC attacks ROC.

Not to mention, the dollar value of those Russian assets is about 50% of whatever they were accounted for on 12/31/2021. Most of that loss is already set to go on the books.

And all those firms had ample opportunity to risk adjust their prior returns. Even novice investors are likely aware of the dangers involved with investing in political jurisdictions with no rule of law. Geez, the oligarchs themselves know that - buy assets in places like London or LA.

Even novice investors are likely aware of the dangers involved with investing in political jurisdictions with no rule of law.

They do? Now do China.

You’re apparently one that doesn’t. 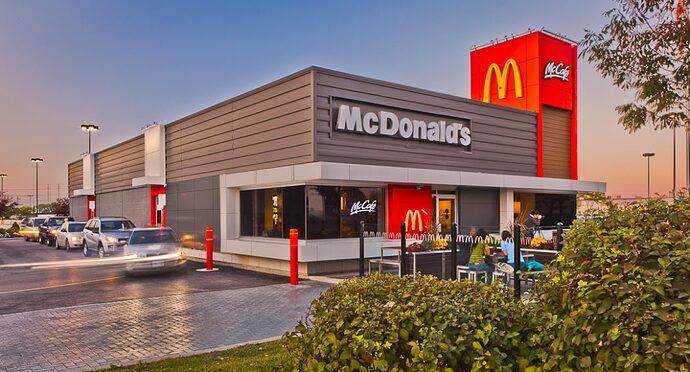 With the economical crisis, such decrease in job offers is affecting people's financial security and increasing unemployment all over the world. Many

Not saying its not true, but I find it questionable that pay better than every other fast food chain. I realize the figures here are outdated.

Wouldn’t opening more of these establishments be better? If obesity can be increased in Russia, won’t that be a good thing? Gotta think of the long game.

avg male life spanis 65 and has been since 1959, according to @meep. there aint anymore we can really do than is already being done.

Mortality Angle of the Russian/Ukrainian Conflict: Bad Even Before Pandemic

And obviously about to get worse