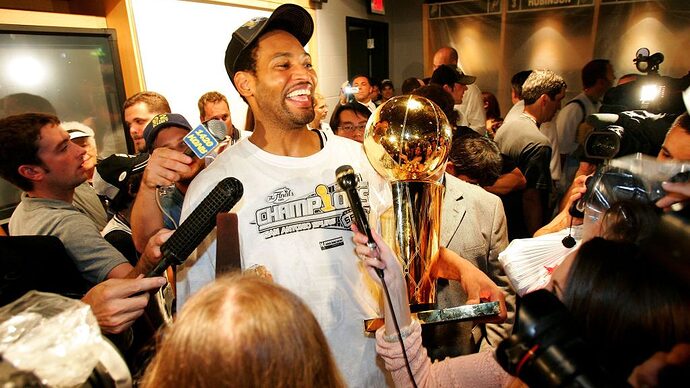 Robert Horry: 'I don't think people really appreciate what I did'

Robert Horry: ‘I don’t think people really appreciate what I did’

Actually, I think a lot of people do. And how many MVP’s did he win?

That AO thread was epic!

The people who rank Horry ranks among the all-time greats just because of rings are wrong. So are the people who completely dismiss his accomplishments. Yet, people do both.

So – on balance – Horry seemingly gets treated approximately fairly.

Well, those are the far ends of the seesaw/pendulum/bell-curve/whatev’s.

There’s a whole lot of people in the middle who just don’t give a shit either way.