Atlantic Article on The Myth of The Confederacy 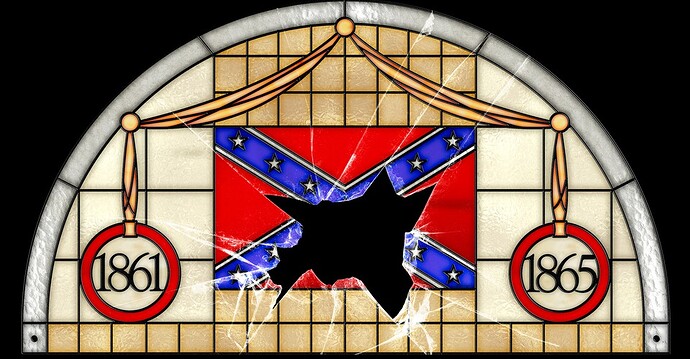 Why Confederate Lies Live On

For some Americans, history isn’t the story of what actually happened; it’s the story they want to believe.

I’m reading this. An except of this:

This article has been adapted from Clint Smith’s new book, How the Word Is Passed: A Reckoning With the History of Slavery Across America. It appears in the June 2021 print edition with the headline “The War on Nostalgia.”

Southern history is, simply, “History, the way you want it to be.” Reading up on textbooks used for the past century-plus:

TWISTED SOURCES: How Confederate propaganda ended up in the South's schoolbooks

Though better known these days for erecting statues to Confederate veterans during the Jim Crow era, the United Daughters of the Confederacy also promoted white supremacist Lost Cause propaganda through their campaigns to control history textbooks...

An article from December: 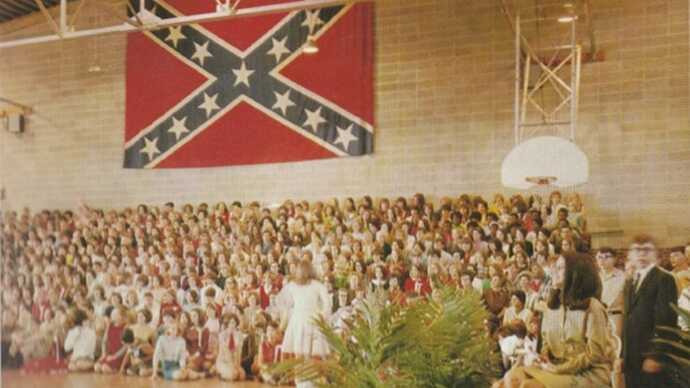 Southern schools' history textbooks: A long history of deception, and what...

As a general observation, it is certainly easier to be ignorant than it is to read something.

As a general observation, …

My HS US history teacher grew up in SC and said the textbooks in her HS day gave a nice catalog of Union war crimes during Sherman’s March to the Sea, so even in the South in the 1980’s we were aware of bias.

Wait, are you claiming that Union soldiers didn’t commit war crimes during Sherman’s March to the Sea?

Or that they did but history books that teach this are biased?

I mean, it’s easy to believe that a history book used in South Carolina public schools is presenting a rather biased view of the Civil War.

It’s considerably harder to believe that Sherman’s March to the Sea did not involve the modern definition of war crimes. Sherman was deliberately both stealing and destroying food. Stealing it because he needed it for his men, but destroying it because he wanted the public in the South to stop supporting the Confederacy and demand an end to the war.

history is written by the winners, and then edited by the sore losers

Well, the USA did not sign that until 1949.
Not saying it wasn’t right. Just saying that bringing up the Geneva Convention is not relevant.
You know what is not allowed in the USA? Slavery.

What I got from the article is that it is difficult to impossible to discuss current issues of racism (which is gleaned through the textbooks) when one side firmly believes what it was taught in school.

Yes, I know. But my point is that there is clearly justification for claiming that Sherman committed war crimes.

Maybe you’re Machiavellian and you believe that the ends justify the means. Certainly ending the Civil War with the Union on top was good. Obviously I’m not arguing that.

It just sounds odd to be criticizing mention of Sherman committing war crimes. If that’s truly the biggest criticism of the textbook, that sounds pretty good.

I am fairly certain that civillian food supplies were destroyed in Nagasaki and Hiroshima.

And it is as relevant to paint Sherman as a war criminal as it is called Truman as one.

I believed the point of the article is that if people believe the lie of the “Lost Cause” and cannot unlearn that lie, then how can we hope to even have a conversation about racism. The damage and brainwashing done in the south may be irreparable.

Yeah, I think nearly any use of a nuke constitutes several war crimes, although my understanding is that it’s considered legal if necessary as a last resort / only means of ensuring ones own survival or some fairly vague out close to that which surely was not applicable in the US in 1945.

So I am not an expert on “Lost Cause” history, but my understanding is that it glorifies plantation life, teaches that slavery wasn’t that bad, and maybe even goes a step further and defends it on some basis of white supremacy. (i.e. since whites are superior to African Americans then it’s ok to treat them as inferior, because they are.)

All of that is pretty abhorrent stuff.

But refusing to whitewash the North’s blemishes doesn’t seem remotely on the same level. We engaged in scorched earth policies that were pretty horrific. It seems ok, nay, desirable to me to teach that in schools.

Whitewashing the South’s many sins and focusing solely on the North’s relative few is extremely different from acknowledging that the North actually had sins though. I’m definitely not defending that.

BTW, to cross reference this with the American Families thread, I was just reading up on Civil War widows and their pensions tonight. Interesting stuff.

The last Civil War widow died five months ago, in December 2020. At age 17, during the Great Depression (1936 specifically), she married a 93 year-old veteran who was born in 1843. She was 101 when she died. He’d suggested they get married as he wanted a way to repay her kindness in helping him with some chores by letting her have widows benefits and she agreed… but then never actually claimed the $73.13 monthly pension to which she was legally entitled. So the federal government actually closed the books on paying for the Civil War in 2003 when the second-to-last Union widow died.

Tennessee, however, paid a $50 monthly pension to Confederate widows until the last one died 2004. But just like on the Union side, she too was the penultimate Confederate widow. An Arkansas Confederate widow lived until 2008 but was not eligible for a pension after Arkansas passed a law that widows born after 1870 would no longer receive pensions.

I remember learning in school (so, um, prior to 2003) that the US was still paying the tab on the Civil War. But I was today years old when I learned that Confederate widows were paid pensions by the states from whence their husbands hailed. Holy cow.

I wonder the extent to which Sherman’s scorched earth policies contributed to the whole Lost Cause mentality. Contrast that with, say, Germany’s rather different attitude about WWII. Of course Germany still pays pensions to Nazi soldiers and their widows too, so… I dunno. Just random musings from someone who’s up too late.

Wait, are you claiming that Union soldiers didn’t commit war crimes during Sherman’s March to the Sea?

Or that they did but history books that teach this are biased?

Oh goodness no, I’m sure there were crimes (and war crimes isn’t applicable to all the reported actions) . More like, enumerating the rapes, murders, house burnings, etc on a county-by-county basis was part of the attempt to demonize the North (while underreporting crimes, other than the moral crime of slavery, against the enslaved) and to present a more favorable view of the South. You can tell the partial truth and still have a biased presentation.

I think it is unwise to study any historical era through the lense of a modern emotion or moral judgement.

I think the study of history should be a study of the events that occurred with a consideration of the bias in your sources.

Books and articles written in the sense of ‘this one thing was bad —> my foregone conclusion’ should be avoided, or read only to supplement your other readings.

yes, every historical era has bias histories written about it. It is always important to read contrary viewpoints and consider that your source was written with some bias.

war crimes, that’s redundant. All’s fair so kinda no point in arguing about it

If you win you can change the rules

The Confederacy isn’t the only no-longer existing nation-state whose descendants are still waving their flags around to this day in the US, although they do seem to get the most hate. The other former countries had their own atrocities too, and the US government has built monuments for their remembrance.

And there’s the existing sort-of-recognized state Taiwan whose diaspora are quite proud of their heritage. Of course, Taiwan was basically run by a bunch of despotic goons and hit squads up until the mid 80s, yet it’s really only the mainland Chinese who give them flak for asserting their independence. So we do have a selective bias in determining which peoples get to celebrate their heritage.

So we do have a selective bias in determining which peoples get to celebrate their heritage.

I think this is a common Confederate fallacy too. Heritage = ~5 years? The Confederacy was no one’s “heritage”. The South still exists.

There are other countries that had very short existences and their diaspora will say the same thing. Walk around outside and you’ll encounter some members. But for the most part they are left alone. And these aren’t tiny groups of people either. One ethnic group has over 2 million members living in the US, for example.