Aftermath of SCOTUS McGirt v Oklahoma headed back up

SCOTUS rules significant portion of eastern OK was Indian Territory and the State of OK didn’t have jurisdiction over members of native American tribes who commit crimes there.

Now convicted felons are being let out of jail and in some cases are claiming they can’t be tried again not because of double jeopardy but because of statue of limitations.

A mess that the dissenting justices predicted and now will be dealing with.

I first read this WaPo story, though it might require a subscription so I will link other stories as well.

Violent criminals have been released as a jurisdictional battle between tribes and state heats up.

Court puts relief for Oklahoma inmate on hold amid uncertainty about scope of...

The Supreme Court on Wednesday granted a request by Oklahoma to allow the state to retain custody of a death-row inmate while the court considers whether to clarify the implications of last year’s decision holding that Oklahoma lacks jurisdiction...

Here is an article from the Tulsa World. 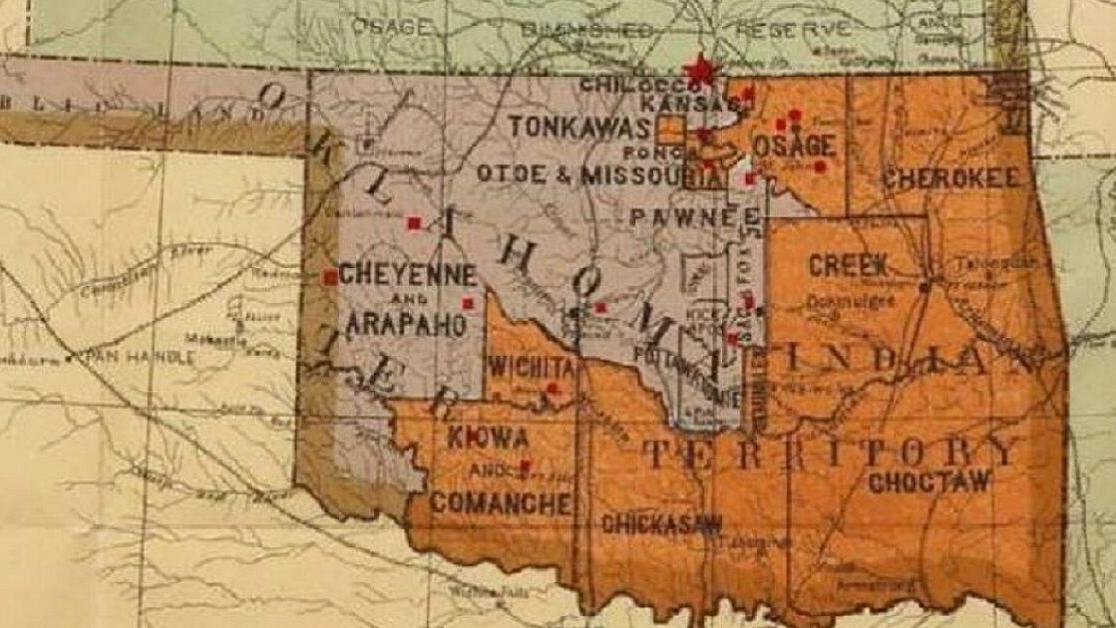 In July 2020, the U.S. Supreme Court ruled 5-4 that a large chunk of eastern Oklahoma remains an American Indian reservation.

It seems like the tribe ought to have the option to accept the state court’s verdict if they wish. I rather doubt the Creek Tribe wants to be known for letting a child molester go.

But if they thought the 500 year sentence was too harsh and they wanted to shorten it to, say, 25 years … they ought to be allowed to do so, IMO. Without triggering double jeopardy.

But I have no idea the legal problems that would cause.

could a defendant seek to be tried in a friendly court that preposterously lacked jurisdiction and then once a jury is empaneled claim “oh, they don’t have jurisdiction but jeopardy has attached” and get off scott free?

Suppose a cop kills a, let’s say an unarmed Samoan college kid in a podunk college town deep in Trump country in mainland USA where cops can do no wrong. Samoans are big and scary so the cop was “scared” so of course the cop is found not guilty.

Entire territory of American Samoa is beyond pissed. Victim’s brother seeks vigilante justice and travels to podunktown and kills the cop. (Clearly illegal, if understandable). Flees to Samoa where he is hailed as a hero. Samoan court, knowing what’s up, quickly sets up a hearing for the murder of the cop and empanels a jury. They obviously lack jurisdiction: there is zero dispute that the murder happened in podunktown (where the brother is being burned in effigy and will clearly be convicted). But they proceed anyway, just to the point of empaneling a jury. Then his lawyer says “I object; the murder happened in podunktown. You have no jurisdiction!” Court says “oh, gee, you’re right, so sorry.”

But now he can’t be tried in podunk state either because of double jeopardy.

Yeah, I’m pretty sure the issue is not double jeopardy but in some cases statute of limitations. If the court didn’t have jurisdiction then nothing that they do has any affect. Which is what is happening in these cases.

Inmates are challenging that their convictions are null and void because the court that convicted them has no jurisdiction. So the appeals court reverses their conviction. But if the case is serious enough and the statute of limitations hasn’t run out (like for murder for instance) then the correct court can take over, keep the person in prison while the case progresses and prosecute.

But for one of the situations, the drunk who crashed a car into a group of people on the street killing 5 of them and leaving the scene of the accident, was convicted and sentenced to 107 years in prison for the 2007 crime. Now she has been let out of jail having had her case overturned in state court but the tribe nor the Feds can prosecute her for that because the 5 year statute of limitations has run out.

Gotcha, that makes much more sense. I thought I read that they were claiming double jeopardy, but hopefully I misunderstood.

I didn’t click on the links to try and find the answer - too many links and sublinks. How is a member of the Native America tribe defined? How much NA blood do they need? 100%, 50% 1/32? Or is it more of an active registration with the tribe?

I’m not sure whether or not you are a “real” American Indian matters. I think what matters is the physical location where the alleged crime was allegedly committed.

It’s not like Israel’s right to return where it matters if you are a real Jew or not.

I think it is dependent on both where the crime is committed and the perpetrator or the victim being a member of an Indian tribe.

So in Tulsa, which is within Indian territory, a crime committed by AND against a non-Indian will be under the jurisdiction of the State of Oklahoma via the county/city prosecutor. However, in that same case, if either the victim or the perpetrator were to be a member of an Indian tribe it would be under the jurisdiction of the Feds or the Tribes. One of the articles talked about the difficulty this is having for first responders and 911 operators trying to get the correct people out to help.

I would hope that the SCOTUS clarification grants some kind “right of review” to the courts deemed to have correct jurisdiction, rather than simply overturning convictions.

How is a member of the Native America tribe defined?

How is a citizen of a country defined? I think each tribe keeps track of who its citizens are, and they might have slightly different rules, and accept people based on a variety of circumstances.

Wow, a reference not only goes unnoted, but flagged as “offensive”!

I hoped it was a reference. Not surprising it was marked offensive.

I’m not that creative, except that I paraphrased to make it relevant to what Ranger was asking.

Thanks, Tri. A real sophisticate you are!

For my kids, they could have been registered based on their other parent’s inclusion, which was based on having an ancestor (iirc, it was a great-grandparent) being included on the 1898-1906 rolls. I’ve never registered them, although we did use the Indian clinic in my hometown when they were babies/toddlers based on my ex-spouse’s registration.

I figured it was an R that I didn’t N.

Not sure why it was flagged as offensive though. It was pretty obviously a reference.