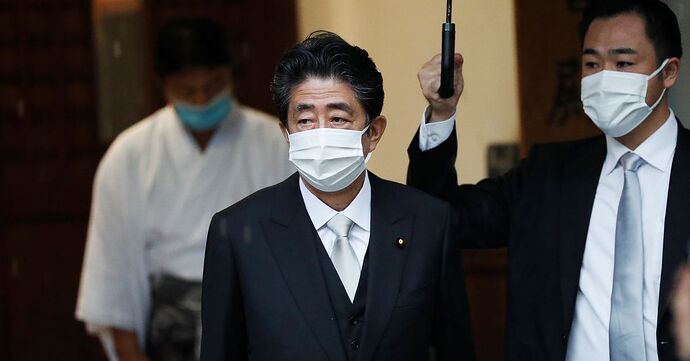 Japan's former prime minister Shinzo Abe has been taken to hospital bleeding after collapsing while delivering a speech in the western city of Nara, public broadcaster NHK reported on Friday.

Party officials cited in Japanese media said Abe is unconscious. He was giving a speech in Nara to support a campaigner, according to NHK.
A short time later, the broadcaster reported that Abe was showing no vital signs. At least two gunshots were heard on-site.

Was it at a play?

I certainly recall the name, but I don’t recall much else about him. Was he involved in anything especially controversial that would motivate the shooting? Anything post-presidency? Just curious.

I’m assuming that, like many Japanese leaders, he participated in honoring Japanese WWII troops to the ire of Allied nations (particularly China) and in contrast to both Germany’s and Italy’s leaders. Hardly seems like a reason to assassinate, but assassins are not logical people.

Just got a notification from The Economist that he has died from his injuries.

His family has a legacy of very heinous war crimes in addition to his current and past political duties so I wouldn’t be surprised if somebody out there had a grudge against him.

Since guns are extremely illegal in Japan it seems like the assassin made his own. He realllllly wanted him dead: 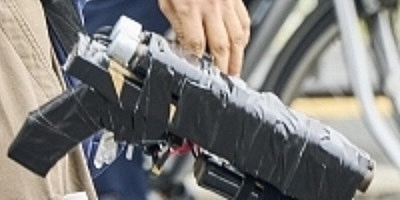 Yes, at least one news source is reporting homemade gun.

That’s a wonky gun. I was trying to find the image this morning too and this is the first I’ve seen. Not enough pixels to figure it out, I assumed a typical pipe gun.

Sad for Abe. I know little about his political legacy but he seemed nice, and even if he was horrible, this should not have happened.

Sadly I am waiting for the spin of “see, anybody can get guns if they want them.”

I am waiting for the spin of “see, anybody can get guns if they want them.”

It’s inevitable as there are limits to how much even the most draconian gun laws can accomplish.

There is certainly materially less gun violence in Japan than the United States though.

I was thinking of US House Rep Boebert’s recent Tweet about how gun control doesn’t work, because Norway had their second mass shooting over the past 30 years.

Yeah, even correcting for population differences the rates are nowhere close.

Was he involved in anything especially controversial that would motivate the shooting? Anything post-presidency?

He was prime minister forever, and was still very politically influential. I’m sure he has enemies. But preliminary reports suggest the assassin was a nut.

Was he involved in anything especially controversial that would motivate the shooting?

I only remember him for his economic policy, Abenomics. However that was not controversial in a way that would encourage an assassination. Someone like Modi should be worried about an economics policy that aggravates people!

Based on my reading of (the comments of) Taiwanese news:

but who will take care of Think Think and Ah Tsai

Which assassin wasn’t a nut?

Even if TPTB wanted someone assassinated they would set up the nut, would they?

I doubt it was TPTB, that was kinda him. I doubt it was even a rival faction, but I suppose if it were, they might try to recruit a nut.