A Day in the Life of Joe Republican

A Day in the Life of Joe Republican
~Written by John Gray Cincinnati, Ohio

Joe gets up at 6 a.m. and fills his coffeepot with water to prepare his morning coffee. The water is clean and good because some tree-hugging liberal fought for minimum water-quality standards.

With his first swallow of water, he takes his daily medication. His medications are safe to take because some stupid commie liberal fought to ensure their safety and that they work as advertised.

All but $10 of his medications are paid for by his employer’s medical plan because some liberal union workers fought their employers for paid medical insurance - now Joe gets it too.

He prepares his morning breakfast, bacon and eggs. Joe’s bacon is safe to eat because some girly-man liberal fought for laws to regulate the meat packing industry.

In the morning shower, Joe reaches for his shampoo. His bottle is properly labeled with each ingredient and its amount in the total contents because some crybaby liberal fought for his right to know what he was putting on his body and how much it contained.

Joe dresses, walks outside and takes a deep breath. The air he breathes is clean because some environmentalist wacko liberal fought for the laws to stop industries from polluting our air.

He walks on the government-provided sidewalk to subway station for his government-subsidized ride to work. It saves him considerable money in parking and transportation fees because some fancy-pants liberal fought for affordable public transportation, which gives everyone the opportunity to be a contributor.

Joe begins his work day. He has a good job with excellent pay, medical benefits, retirement, paid holidays and vacation because some lazy liberal union members fought and died for these working standards. Joe’s employer pays these standards because Joe’s employer doesn’t want his employees to call the union.

If Joe is hurt on the job or becomes unemployed, he’ll get a worker compensation or unemployment check because some stupid liberal didn’t think he should lose his home because of his temporary misfortune.

It is noontime and Joe needs to make a bank deposit so he can pay some bills.
Joe’s deposit is federally insured by the FDIC because some godless liberal wanted to protect Joe’s money from unscrupulous bankers who ruined the banking system before the Great Depression.

Joe has to pay his underwritten mortgage and his below-market federal student loan because some elitist liberal decided that Joe and the government would be better off if he was educated and earned more money over his lifetime.

Joe also forgets that in addition to his federally subsidized student loans, he attended a state funded university.
Joe is home from work. He plans to visit his father this evening at his farm home in the country. He gets in his car for the drive. His car is among the safest in the world because some America-hating liberal fought for car safety standards to go along with the tax-payer funded roads.

He arrives at his boyhood home. His was the third generation to live in the house financed by Farmers’ Home Administration because bankers didn’t want to make rural loans.
The house didn’t have electricity until some big-government liberal stuck his nose where it didn’t belong and demanded rural electrification.

He is happy to see his father, who is now retired. His father lives on Social Security and a union pension because some wine-drinking, cheese-eating liberal made sure he could take care of himself so Joe wouldn’t have to.

Joe gets back in his car for the ride home, and turns on a radio talk show. The radio host keeps saying that liberals are bad and conservatives are good.

He doesn’t mention that the beloved Republicans have fought against every protection and benefit Joe enjoys throughout his day.

Joe agrees:
“We don’t need those big-government liberals ruining our lives! After all, I’m a self-made man who believes everyone should take care of themselves, just like I have.” 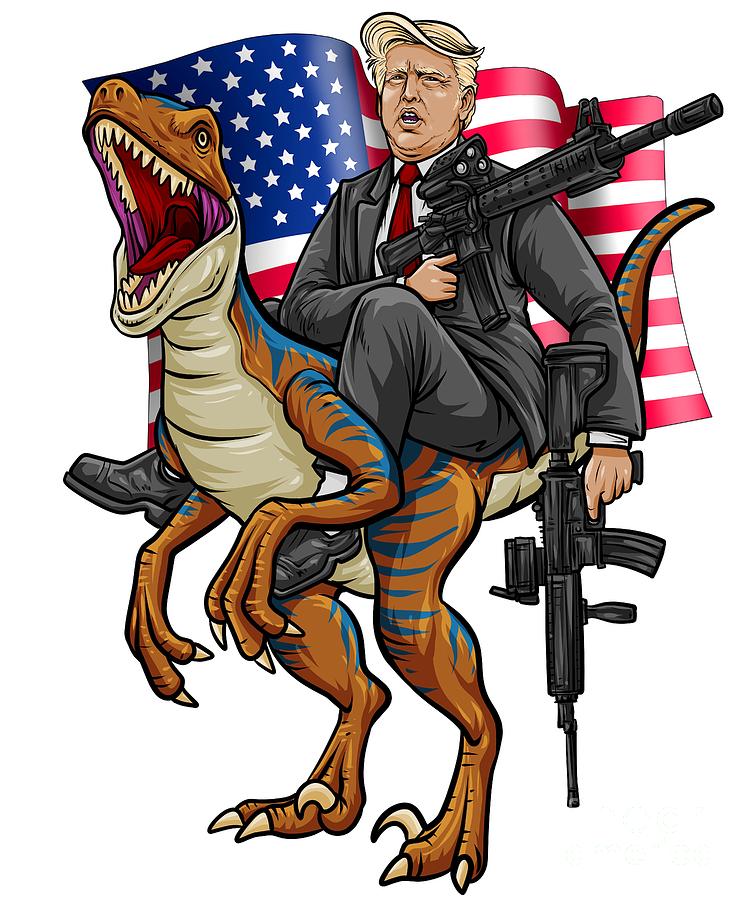 There are a couple of people trying to primary him, but nothing with any sort of steam. Several states have cancelled their republican primaries.

Clarification: several states have cancelled their republican primaries BECAUSE a couple of people are trying to primary him.

Next up: cancelling general elections if any of the parties nominates someone to run against him.