Bookmark for Saturday’s event.
Hearing now that the Conspiracy Believers are urging people not to go, 'cause they’ll get rounded up by the black ops copters, or something.

I think there will be more security at this event, since Biden will not refuse any requests, 'cause not that kind of sociopath.

Fencing is being put up. real good stuff.

Also, I’m like, yeah, those insurrectionists ARE getting justice. So, you people want even MORE justice for them? Yeah, I’m for that, too. Longer sentences would be more just, for traitors of America. 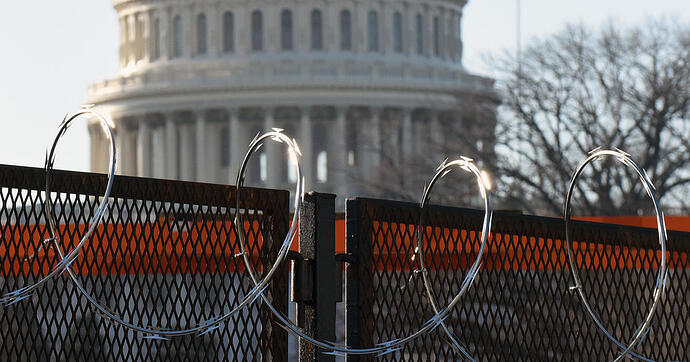 Up to 700 expected to attend pro-January 6 rally Saturday

The U.S. Capitol Police are erecting a temporary fence around the Capitol in anticipation of Saturday's rally.

Won’t be as bad, when facing hundreds of armed security.
Versus, thousands against tens of security.

People not going 'cause facial recognition software. And magnets, I think.

Not allowed to wear Trump gear so they can blame the violence on BLM and ANTIFA like you’re supposed to.

I never go near magnets any more. Every time I walked by a magnet I’d piss my pants and forget who I was for a half hour or so

Also, wouldn’t magnets interfere with Bill Gates’ microchips that we were vaxxed with?

According to what my best friend’s brother-in-law’s cousin posted on Facebook the microchips actually went in Ivermectin, not vaccines. So you’re good.

It’s a rock-solid source. Guy worked at Microsoft in the 1990s.

Yes, but the 5G can correct it.

That’s what they want you to think.

I hope. It would be even better if the counter-protestors outnumbered the Trumpkins.

Looks like it turned out to be a dud.

The D.C. rally’s low turnout, combined with a robust news media presence, led to sometimes surreal scenes. Protesters were so scarce that reporters and television news crews began queuing up to obtain interviews.

Sounds good to me.

Meanwhile, what’s been happening in Portland this summer?

Can we enter this as evidence Trump played a role in Jan 6?

The bully from “Christmas Story” was there, at least. 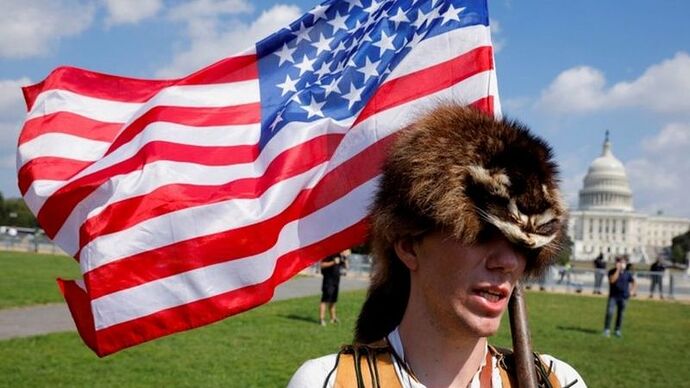