OK, congrats, again, to the TB Lightning.
Is there a story about how they got so great and sustained it? I mean, the LV Knights’ story is pretty good, taking advantage of the expansion draft and all, then finding out that the pieces actually worked well together.
Anywho, I’d like a link, so I can pass it on to a competent Kings GM.

Now, on to 2021-22, where a plucky little club has been promoted from non-existence to the top league, and all it took was several hundred million dollars. Good show, lads! You earned it!
They named Everett Fitzhugh as the radio play-by-play voice.

Expansion draft, LV Knights exempt for some reason, even though they’re near the top of the league, is on July 21. Guessing some old rule predicated on the assumption that expansion teams would suck for five years. Regular draft on July 23-24.
Still working on realignment as COVID is holding up plans. Without COVID, Arizona (haooooooooooo) would move to Central, while SEA Kraken would play in Pacific. With COVID, they might stick with the Great White North Division.

I expect that cross-border travel will open up quite a bit by September so the new Seattle-Vancouver hockey rivalry should play to fans in both countries. Appropriately the Krakens first exhibition game will be against the Canucks. It has been over 100 years since their predecessors, the Vancouver Millionaires and the Seattle Metropolitans, won their respective Stanley Cups. That drought will continue for a while.

Hopefully there will be more of a normal schedule this season. I think last season’s schedule was a good compromise but I eventually got tired of it.

I liked how the “home ice advantage” (actually more like a travelling disadvantage) was muted by the travel ease by the visiting team. No reason for a visitor to play back to back against two rested teams.

I did not like the North Division with only Canadian teams because some of the rivalries I liked with US teams were missing last year. Also, the travel was more brutal for the Vancouver team than playing in a Western division.

ESPN’s coverage of the expansion draft, … oof. That was lousy - so, pretty good for ESPN.

Thinking of becoming a fan of the Carolina Panthers. Or the Philadelphia … team.

7 more years of that. But hey, hockey fans are telling me it’s still better than NBC Sports.

NBC Sports was pretty great with their coverage for the most part. ESPN probably will bring more exposure but if it’s all going to be like that, then that won’t be great. Draft tomorrow we’ll see how they do

Meh, a simple press release should have sufficed.

I’ll worry about it when actual sports are being broadcast. And how often on cable-available networks. Thinking they’re going to have plenty of NHL Hockey on The Plus, or The Three, with ads.

I thought NBC did a pretty good job the last several years.
NHL Network will have an awkward arrangement, seeing as NBC still owns 15% of it.

NHL draft over the weekend. Lots of big deals, maybe we’ll recap them all at some point. Chicago paying a shitload for Seth Jones, then paying him a shitload. In '22-23 they’ll have $30.5M on the cap going to 3 players (Kane, Toews, Jones) and another $6.4M going to Debrincat. On a cap that will be no higher than $82.5M. I’m sure it’ll be fine, they’ll discover Toews is deathly allergic to hockey tape or something.

Hated the Blues pick at 17. Like, they announced that pick and I had the same visceral feelings when we picked Jordan Schmaltz at 25 back in 2011. Hated that pick the moment it was announced, by the next year was begging for us to trade him before it became clear he was going to underachieve, and it never got better. Much more excited with Robertsson at 71, who was projected as a top-15 talent. He may be a “how did everyone keep passing on him” selection down the road. Other two picks, meh - can you get excited about a 5th and 7th round pick right now?

Blues get Buchnevich for a 2nd and Blais. Great deal, but damn I hate Armstrong in front of a microphone after he does a trade and he’s got the “I’m the smartest person in the room” act going on full blast and he’s smarmy as he walks out. Given his track record with contracts though, I’m sure he’ll undo it all by inking Buch to 6/39 or something and we can have yet another big contract on the books that suffocates us down the road.

ESPN has a history for trying to create huge events out of nothing. 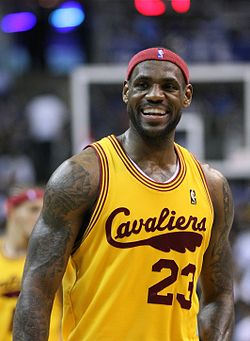 The Decision was a television special in which National Basketball Association (NBA) player LeBron James announced that he would be signing with the Miami Heat instead of returning to his hometown team, the Cleveland Cavaliers. It was broadcast live on ESPN on July 8, 2010. James was an unrestricted free agent after playing seven seasons in Cleveland, where he was a two-time NBA Most Valuable Player and a six-time All-Star. He grew up in nearby Akron, Ohio, where he received national attention ...

The Hot Dog Eating Contest (every 7/4)

But okay, The NFL Draft is pretty fun to watch. They could use a Mel Kiper Jr. of hockey.

But okay, The NFL Draft is pretty fun to watch.

Not for me.
I get it that people are sucked in to watching.

They could use a Mel Kiper Jr. of hockey.

Arguably that was Pierre McGuire, but he’s now occupied.

I guess you could point to Corey Pronman or Scott Wheeler, but IMO their record is overstated; you could get the same thing by aggregating all the various scouting services. It’s not like anyone really stands out as “damn, they really know their stuff, they’re really good at picking the gems out.”

4 more days until the preseason starts, and you know what that means.

Yep, the NHL’s Department of “Player Safety” can get back to earning a paycheck by ignoring on-ice acts where players injure each other with various cheap shots.

Opening night, people! Let’s all … get … (yawn) sorry, what were we talking about again?

I believe the Kings are in a rebuilding season… again.
So, how much will I watch?
I’ll try to get a game watched in 1h15m. Most of the time wasted is FF’ing the between-periods time. That means not starting to watch until about 9:30 or so for a 7:30 game.

I wonder how short an NFL Football game would have to be, in time-on-clock amount, if the clock was stopped on every whistle? 20 minutes? 5-minute quarters?

Also, I have to figure out what National stations will be carrying the Kings and when. Oh, and how much of the first period will I not see because of an overtime game played before it?

AHL is having female officials.

Looking at the lowest prices for tickets of LA Kings games: pretty cheap for the home games, but I know where they are: corners next to the roof. Good news is you can scope out empty seats and move. Just note that for me it is a 7-hour event, 'cause traffic. Not sure if my friends-of-friends still have their season tix, which cost me around $40 each.
But, $168 for at Seattle?? Wow, seems that SEA has sold out the season. Again, that’s only the offering price for the Jan 15 game, and I’m guessing that’s not in stone.

Blues fans will tell you they’re loaded this year and should be talked about as one of the elite teams in the league. IMO, it’s all predicated on a number of if _________ goes right statements, which is usually a recipe for disaster. It’s especially true on the blueline, where I still think Parayko will never be the #1 some Blues fans swear to God he is, much less the Norris Trophy-caliber guy they also swear to God he can be and Krug is ripe for being picked on again.

I also think the hype on Jake Neighbours (1st round pick from 2020) is at the point where it feels like it’s a club-created thing and they’re trying to prove picking him wasn’t a mistake. Having watched him half a dozen times this season, he matches the negatives from the scouting reports on him going into the '20 draft, but damn it they’re going to play him on the top line or the 2nd line at every chance to prove everyone wrong.

My outlook for the team: probably 75% chance to be a playoff team but out in the 1st round. If they hit that other 25% it would signal that the Cup window for the team is slammed shut and rebuilding is the correct course of action … which, we won’t do because our GM is a super genius and he’ll mortgage more of the future trying to prove '19 wasn’t a fluke.

Seems it takes three years of extremely high draft picks in, say, five years, hope they gel, keep them on low contracts, make some lucky trades (thanks, Blue Jackets), hope for a Stanley Cup, repeat process. The Kings did not repeat the process; they overpaid their stars, and they’re stuck with them for too many years (Dustin, Quickie, Carts, Richards, love ya, thanks for the two Cups, but you shackled the GMs of the past seven years with your money-grab).

Wish we had an NHL game on here.

You can’t wait four hours? Or, are you in a country that does not get ESPN or any of its partners?